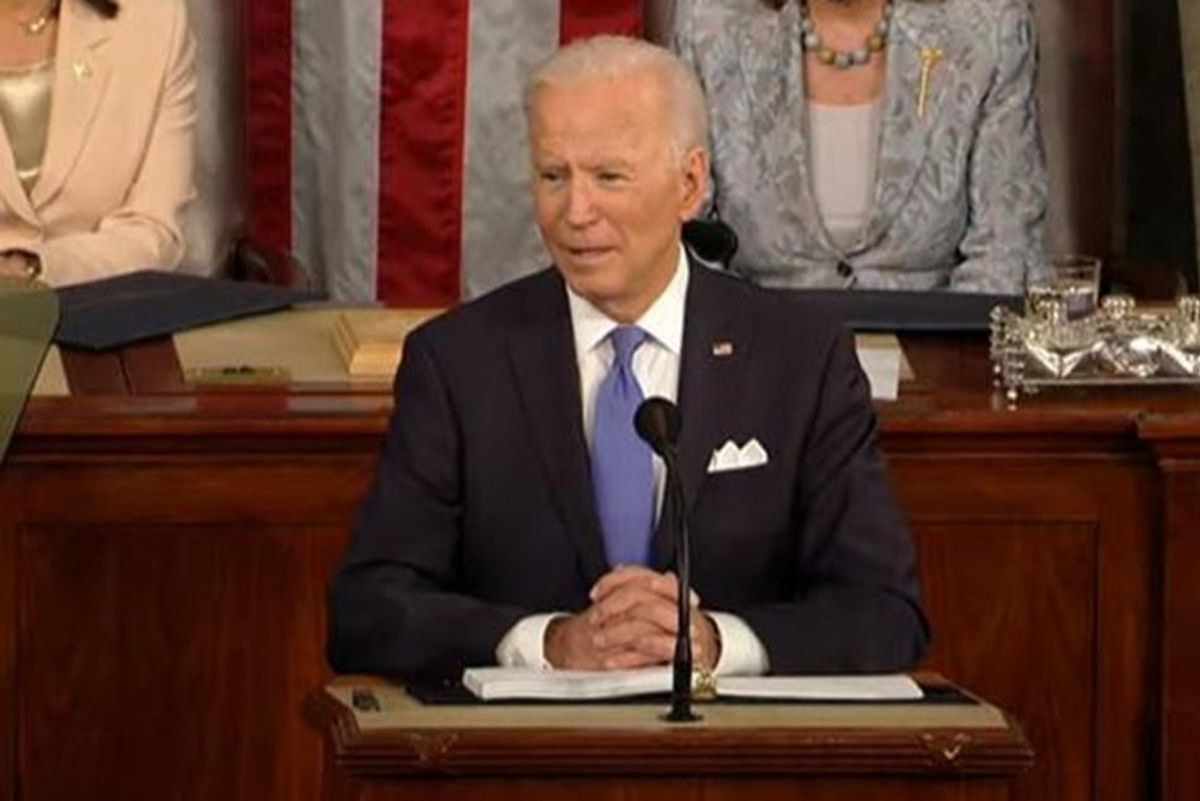 President Biden's first address to a joint session of Congress on Wednesday did a great job at connecting with viewers according to polls taken last night. CBS News-YouGov found that 85% of viewers approved of the speech and only 15% did not.

Nearly 80% of viewers said the speech made them feel more optimistic about the country and 83% said the COVID-19 pandemic was improving.

The address began with a sharp focus on the administration's attempts to eradicate the COVID-19 virus. At the beginning of the speech, Biden took a victory lap for doubling his initial pledge to administer 100 million COVID-19 vaccination doses over his first 100 days.

President Joe Biden discusses the progress of the fight against coronavirus in his first 100 days in office… https://t.co/ktg0D3BEEG
— Bloomberg TV (@Bloomberg TV)1619667821.0

Another major focus was The American Jobs Plan which puts a major emphasis on improving the country's aging infrastructure. The president claims his ambitious plan will create "jobs to upgrade our transportation infrastructure. Jobs modernizing roads, bridges, and highways. Jobs building ports and airports, rail corridors, and transit lines. It's clean water."

A big reason why the speech was so well received is that the audience was heavily Democratic. Fifty-four percent of respondents to the CBS-You Gov poll identified as Democrats, while only 18% as Republicans.

It was expected that many Republicans would avoid watching the speech, but it had a positive effect on those who made an attempt to listen to the new president. Republicans who believe Biden's policies will move the country in the right direction improved from 13% to 27% after the speech. Among independents that number grew from 61% to 73%.