This letter to Trump about his 'respect for women' comment is really for everyone.

Men need to step up in the fight for gender justice. 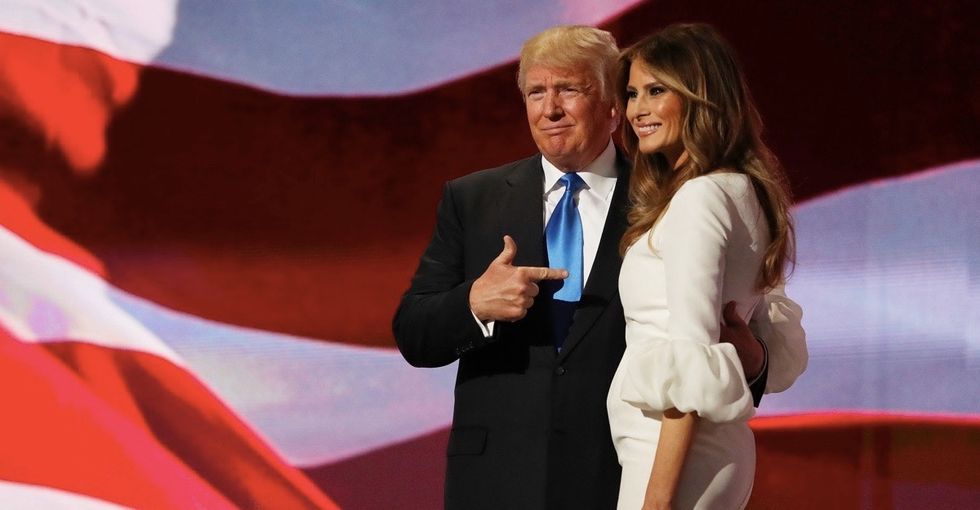 President Donald Trump makes a lot of big claims. It's kind of his thing.

For instance, he once claimed to have "the world's greatest memory" (a claim he later forgot making). Then there was the time he told a black pastor that he was "the least racist person that you have ever met" (which is quite the claim to make even if you didn't open your presidential campaign by labeling Mexicans as "rapists" and "criminals").

But perhaps the most hyperbolically "WTF" phrase he's ever uttered was about women.

Even if you were to set aside his history of misogynistic comments and the accusations of assault and harassment by a bevy of women throughout the years, we're to believe that nobody has more respect for women? Seems unlikely — on a purely statistical level.

That's why gender justice group Promundo is calling on Trump to make good on his farfetched boast and "Be a Model Man."

The group encourages men and boys to partner with women and girls in the fight for gender equality, working to defeat harmful gender norms and disrupt power dynamics that drive gender-based injustices worldwide.

This week, the group posted an open letter to the president on its website.

"During the campaign, you said, 'Nobody has more respect for women than I do,'" reads the letter. "Yet, you have said and done things that many people consider to be disrespectful. As men who believe manhood is not about disrespecting women, we call on you to make amends and to set a new tone."

While directed at Trump, the letter serves as a call to action for men around the country to support the fight for gender equality.

On January 21, just one day after Trump took office, millions participated in what was originally planned as the Women's March on Washington, with sister marches popping up around the world in solidarity.

Standing up to the president, who was recorded on a hot mic saying, "When you’re a star, [women] let you do it. You can do anything. ... Grab ’em by the pussy," and once claimed that one of his sexual assault accusers "would not be [his] first choice," it's important to remember the culture that empowers men to say and do things like that in the first place.

The ongoing attacks against reproductive rights and changes to grants under the Violence Against Women Act are much more than "identity politics," as some would like to suggest.

These issues, innately gendered as they are, are core to who we are as a country and who we want to be as a country. Promundo's open letter calls on the president to "champion the rights of all women." Even if he won't, you — and other men — can!

It's simple, dudes, really. Set a good example, be your best self, use your voice and platform to advance causes of justice, and push back on unfair gendered power dynamics. Fighting for women's rights means taking a stand for women of all backgrounds, religions, financial situations, sexual orientations, and abilities. It means standing next to — and not in front of —women, using your privilege to make space for women and amplifying women's voices and experiences whenever possible.

Whatever Trump does or doesn't do, remember that it's up to you to decide whether you want to #BeAModelMan.