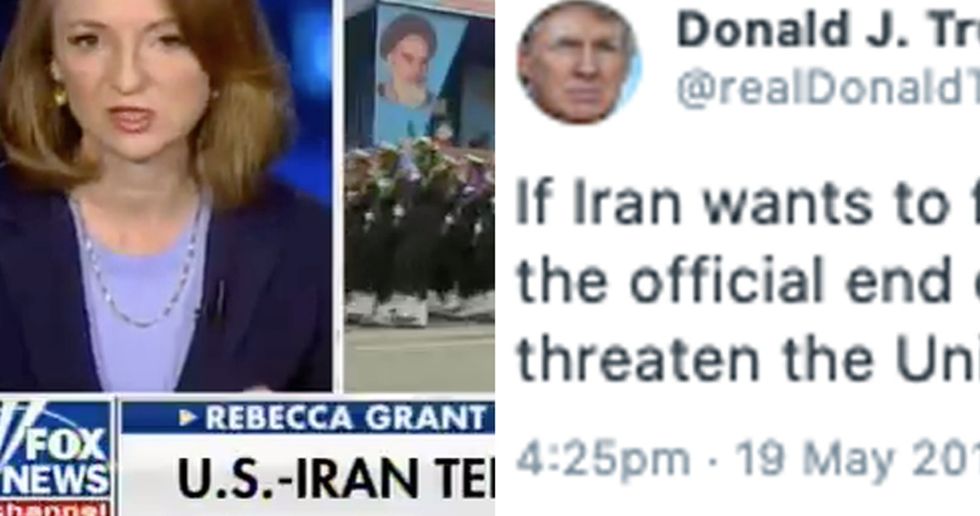 One of the most alarming aspects of Donald Trump’s presidency is the flippant way he handles his daily intelligence briefings.

His most important job is commander in chief of the world’s most powerful military, but he prefers a pared down oral briefing over the full daily document outlining the most pressing information from hot spots around the globe.

“Something will be missed,” Panetta told the Washington Post. “If for some reason his instincts on what should be done are not backed up by the intelligence because he hasn’t taken the time to read that intel, it increases the risk that he will make a mistake.”

“You can have the smartest people around you — in the end it still comes down to his decision,” he added.

Instead, it appears as though Trump’s worldview is shaped by the hosts of Fox News.

Matthew Gertz, a senior fellow at Media Matters for America, believes that a recent Trump tweet where he threatened to “end” Iran came nine minutes after a segment that aired on Fox News.

On Sunday afternoon, Trump tweeted: “If Iran wants to fight, that will be the official end of Iran. Never threaten the United States again!”

To bolster his theory that Trump was live-tweeting Fox News, Gertz showed how Trump followed that tweet up with tweets that aligned with a Fox news segments on immigration and Mayor Pete Buttigieg.

“A man with unparalleled access to the world’s most powerful information-gathering machine, with an intelligence budget estimated at $73 billion last year, prefers to rely on conservative cable news hosts to understand current events,” Gertz wrote in Politico.

It's unconscionable that a partisan news network should be given so much power and even more disturbing that Trump considers it a trustworthy source.

This isn’t the first time Gertz has caught Trump live-tweeting Fox News. He has lined up Trump’s tweets with Fox programming countless times on his Twitter feed.

Here are just a few examples: