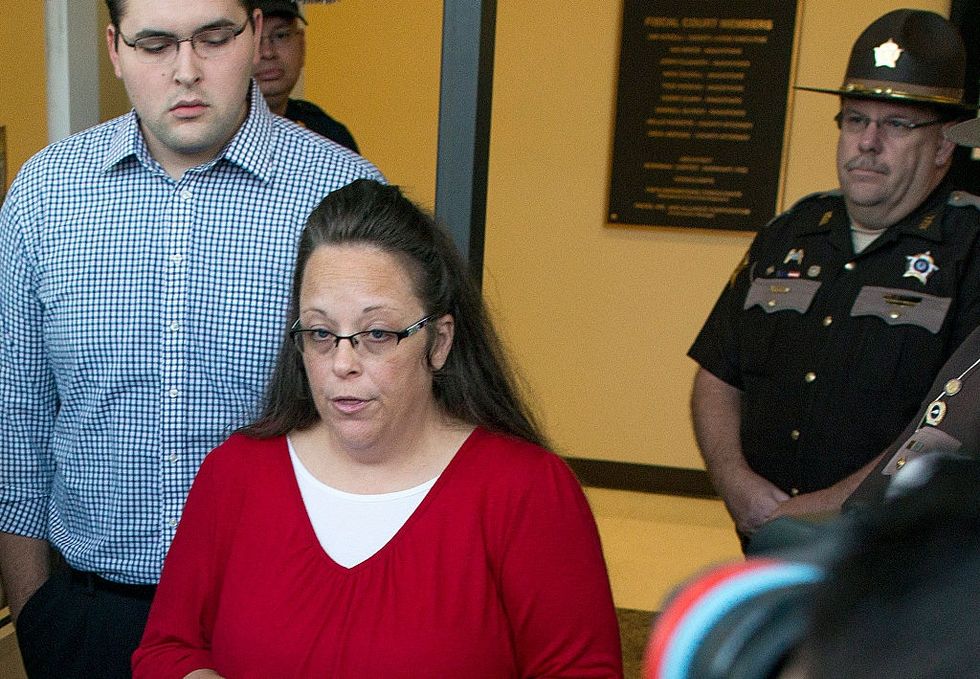 A great meal often starts with a delicious appetizer. Though in this case, it’s more like just desserts.

Kim Davis, the country clerk from Kentucky who went viral in 2015 after refusing to issue marriage licenses to gay and lesbian couples, has just lost her reelection bid in Kentucky.

No, we’re talking about the control of Congress here or even the future or marriage equality but in politics, symbolic victories are still important. And Kim Davis was nothing if not a symbol for those still holding on to antiquated ideas of marriage, equality and tolerance in American society.

Needless to say, Twitter was there with some priceless reactions:

Aw FUDGE I shared a tweet that was incorrect in re: Kim Davis losing to the guy she denied a marriage license to. B… https://t.co/SDnEHnpdWs
— Paul F. Tompkins (@Paul F. Tompkins)1541552844.0

Plus, Davis had become a powerful symbol on the right, interacting with President Trump and even meeting the Pope. It was all the more baffling since her only claim to “fame” was refusing to do her job as a civil servant. In that sense, she was a picture figure of the forthcoming Trump era.