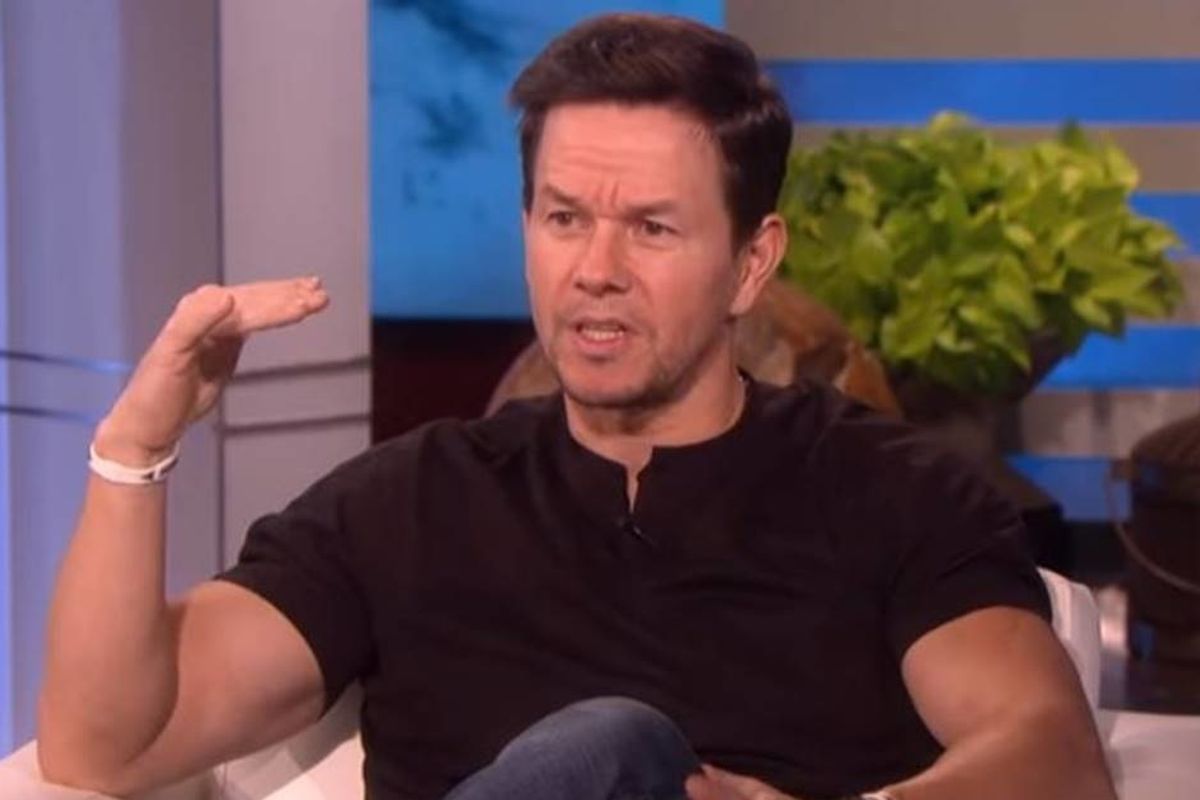 Actor Mark Wahlberg recently attended a daddy-daughter dance with his 10-year-old, Grace. Sadly, Grace had no interest in seeing her father strutting his stuff on the dance floor.

"I didn't get one dance," Wahlberg told Ellen DeGeneres. "And I told her we were going to do the whole big circle and I was going to go off. And she said, 'Dad, if you embarrass me, I will never talk to you again.' But what she did do is she hung out with me."

No matter who your dad is, especially if you're a 10-year-old-girl, you have zero desire to see him dance in front of your friends.

But the parents at the dance probably would have had a blast seeing Wahlberg bust out some of his old-school '90s Marky Mark moves.

However, Wahlberg couldn't help but leave his mark on the music being played at the dance.

Let's not forget, he didn't get famous for his acting but for showing off his abs in the "Good Vibrations" video.

Being that Wahlberg's time as a pop star was three decades ago, he couldn't believe it when he heard the music being played at the dance.

"[Grace] sat there on the edge of the stage, by the DJ. And then I'm sitting there with one other dad and I'm like, 'This is not an edited version of this song. There are explicit lyrics being played at a school dance for girls and I'm like no good,'" he said.

He's right. There's no place for music with explicit lyrics at a dance for 10-year-old children.

Wahlberg says the DJ didn't know he wasn't playing the edited version, but it's probably more likely that he didn't even realize the song was a problem. Pop music these days is filled with a numbing amount of violent and misogynistic lyrics.

A recent study from the University of Missouri found that nearly one-third of pop songs contain lyrics that degrade or demean women by portraying them as submissive or sexually objectified.

Currently, three of the top five songs on the Billboard Top 40 contain the word "bitch." One of them is sung in Korean.

It's odd that Americans have become more sensitive to misogyny in pop culture in films, television, and comedy, but still have a huge cultural blind-spot when it comes to music.

That's not a good thing, especially when pop music is marketed to teenagers.

"We know that music has a strong impact on young people and how they view their role in society," said Cynthia Frisby, a professor in the Missouri School of Journalism.

"Unlike rap or hip-hop, pop music tends to have a bubbly, uplifting sound that is meant to draw listeners in," Frisby continued. "But that can be problematic if the lyrics beneath the sound are promoting violence and misogynistic behavior."

Let's face it, pop stars are role models. Their examples show young people what to wear and how to behave. That's not to say that kids will blindly follow someone just because they like their music. But it has an undeniable effect.

Wahlberg, and any parent who monitors what their kids are listening to, deserve credit for protecting the minds and hearts of their kids.

Frisby has some great advice for parents concerned about negative imagery in pop music.

"Ask your daughters and sons what songs they like to listen to and have conversations about how the songs might impact their identity," Frisby said.

"For example, many songs might make young girls feel like they have to look and act provocative in order to get a boy to like them, when that isn't necessarily the case. If children and teens understand that what they are hearing isn't healthy behavior, then they might be more likely to challenge what they hear on the radio."

From Your Site Articles
Related Articles Around the Web
holiday
Family