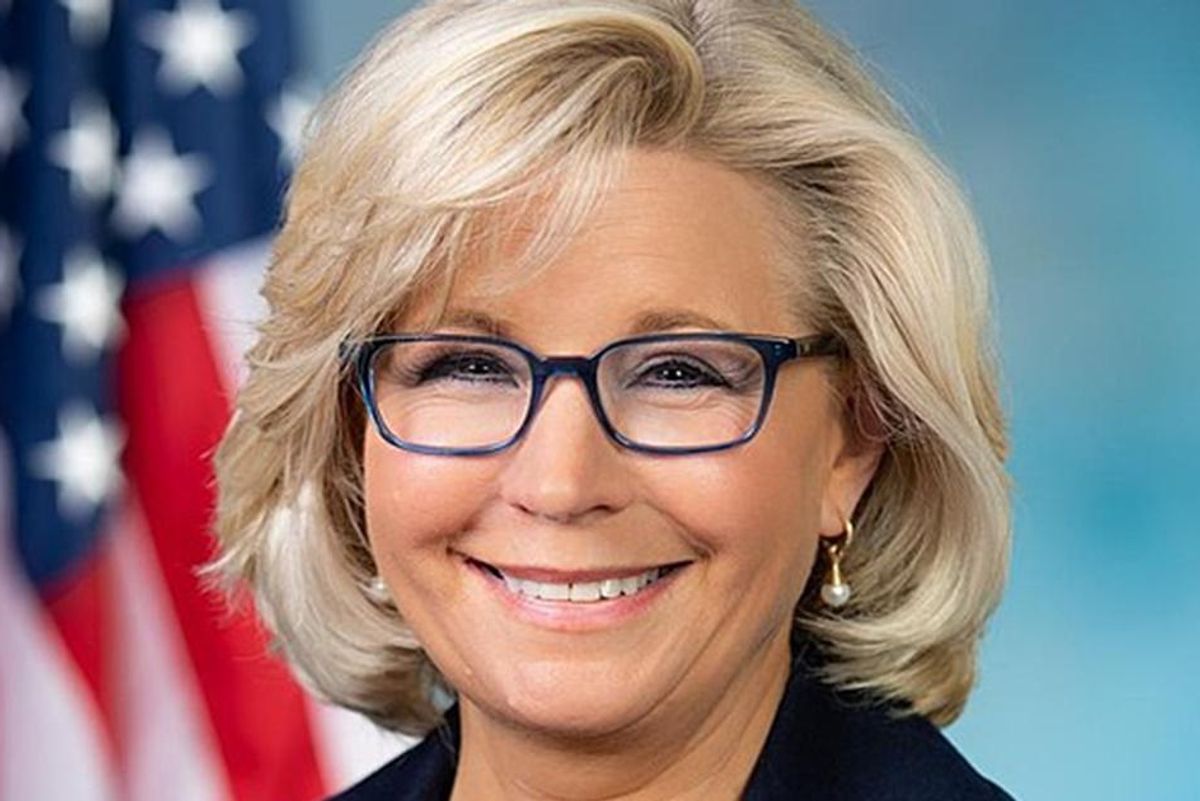 Republican Representative Liz Cheney of Wyoming sits on the wrong side of a rift in her party that her career may not survive. Her refusal to believe and promote the "Big Lie," as she calls it, has not only put her leadership role as the third-ranking House Republican in jeopardy but her place in politics altogether.

The Big Lie is the right-wing conspiracy theory that the 2020 election was stolen from Donald Trump and that the insurrection on January 6 wasn't incited by GOP lawmakers.

Cheney has also become persona non grata in her party for being one of the few Republican lawmakers to vote to impeach the former president for his role in the Capitol riot.

Unfortunately for Cheney, and Democracy, her reluctance to kowtow to the Trump cult of personality that's overtaken the Republican Party has put her on the outside looking in.

"The conflict here does not stem from Cheney's refusal to move on from the lies that sparked the Capitol riot, but from the fact that the Republican Party has embraced those lies as foundational to Republican identity in 2021," Adam Serwer writes in The Atlantic.

Cheney made her position clear in an op-ed published by The Washington Post on Wednesday. Cheney argues that "The Republican Party is at a turning point, and Republicans must decide whether we are going to choose truth and fidelity to the Constitution."

The op-ed was a brave move for the Representative who may be on the right side of history but the wrong side of the GOP rift. Given the damage that the Big Lie is doing to American politics, her decision to fight back is a clear example of someone putting country before party.

Cheney believes that Trump's behavior is not only beyond the pale for a former president but dangerous to democracy itself. "Trump is seeking to unravel critical elements of our constitutional structure that make democracy work — confidence in the result of elections and the rule of law. No other American president has ever done this," she writes.

The daughter of former Republican Vice President Dick Cheney believes that the GOP's current antics is putting a fragile democracy at risk.

"I have worked overseas in nations where changes in leadership come only with violence, where democracy takes hold only until the next violent upheaval. America is exceptional because our constitutional system guards against that," she writes. "At the heart of our republic is a commitment to the peaceful transfer of power among political rivals in accordance with law. President Ronald Reagan described this as our American 'miracle.'

Her reference to "The Gipper" shows she still believes the GOP can be the party of Reagan which is probably wishful thinking. Her distancing from the rest of her party shows how incredibly loyal it still is to Trump. The party's decision to demonize immigrants, scuttle free trade deals, embrace authoritarian leaders, support Trump's vulgarity, and denigrate democracy shows how far it has moved from Reagan.

Cheney suggests three ways that the party can move forward. First, by supporting "the ongoing Justice Department criminal investigations of the Jan. 6 attack."

Second, by supporting a "parallel bipartisan review by a commission with subpoena power to seek and find facts" relating to the January 6 attack. And finally, "to stand for genuinely conservative principles, and steer away from the dangerous and anti-democratic Trump cult of personality."

Cheney's plea for the GOP to return to its traditional values probably won't change many minds in a party that is still under the spell of Trump. But it's a valiant effort that puts her on the record for being on the right side of history.

Her family name is synonymous with Republican politics, so standing against a strong political headwind at a time when she could easily go with the flow is commendable.

"History is watching. Our children are watching," she writes. "We must be brave enough to defend the basic principles that underpin and protect our freedom and our democratic process. I am committed to doing that, no matter what the short-term political consequences might be."