Kenya's unique approach to rape prevention should have the rest of the world taking note.

You may have seen the story circulating around the internet lately about a group of boys in Kenya whose quick thinking and intervention stopped a rape in progress. Here's the program that taught them what to do.Trigger warning for discussion about sexual assault and prevention programs. 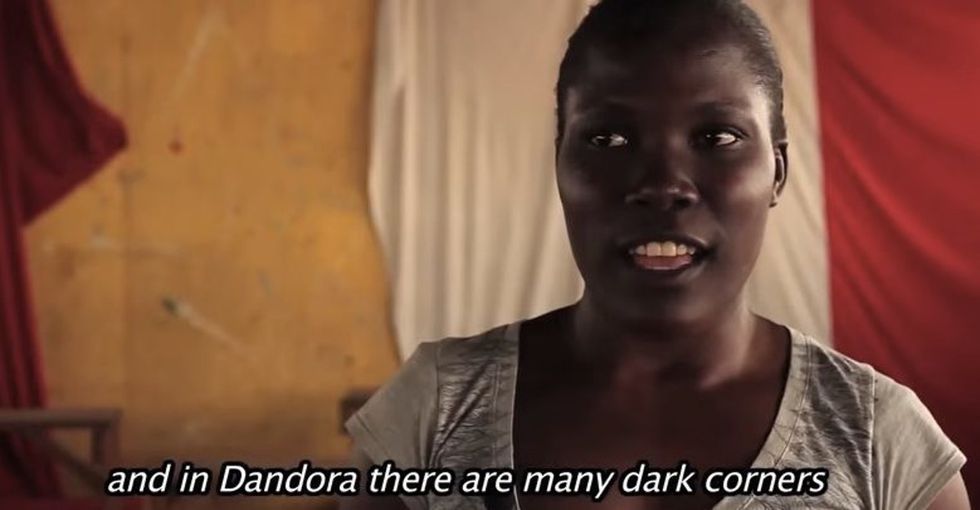 For years, Kenya has faced an epidemic of sexual assault.

1 in 4 women and girls living in Nairobi have been sexually assaulted. Schoolgirls were frequently raped by friends and boyfriends. Clothes have been torn from women's bodies in public.

Here's what they did.

In 2010, the group No Means No Worldwide began offering self-defense classes to Nairobi schoolgirls, teaching them how to fight back against rape.

After launch, program founders worked to develop Your Moment of Truth, a separate program for boys.

During early No Means No sessions, girls told instructors that the biggest problems were the boys themselves. The most common attackers were boyfriends.

The program learned that many boys believed it's justifiable to rape girls who are out alone after dark, wear miniskirts, or are taken on expensive dates.

No Means No developed Your Moment of Truth to highlight life's tough choices, which, in this case, included whether it's OK to rape someone. The program was a huge success.

Rape by friends and boyfriends dropped by 20% in schools teaching the Your Moment of Truth program.

Later this year, the Journal of Interpersonal Violence plans to publish a study highlighting the positive effect this training has had on boys.

The study found that boys who go through training were more likely to intervene when witnessing a girl being assaulted, and they were less likely to verbally harass girls. Additionally, schools featuring this program found that rape by girls' friends and boyfriends dropped dramatically.

By 2017, every secondary student in Nairobi will undergo assault prevention training.

By teaching kids when they're young, they're being empowered for the future. Educating young generations is key in effecting long-term social change.

In many parts of the world, assault prevention starts and ends with what women can do to avoid putting themselves in "high-risk" situations. These are not effective.

Not only is teaching women how to avoid "high-risk" situations ineffective, but it shifts the blame to the victim for being raped instead of putting it on the rapist for actually committing the crime.

Committing a crime is a choice, and the No Means No program empowers young boys to choose not to commit that crime.

The world should take a cue from Kenya: Empower girls and teach men not to rape.

This is a proven program, and it's time to roll it out around the world. Suggesting that women are somehow "asking for it" because of something they wear or something they do won't help stop rape. Kenya's approach is wonderful because it empowers and educates instead of blaming and shaming.

If there's hope of removing rape from the world, it needs to start with early education on the topics of consent and assault.

Check out this No Means No video to learn more about their boys program: