J.J. Abrams has a plan to put Hollywood on the path to diversity.

In response to the Oscars controversy, the 'Star Wars' director has big plans. 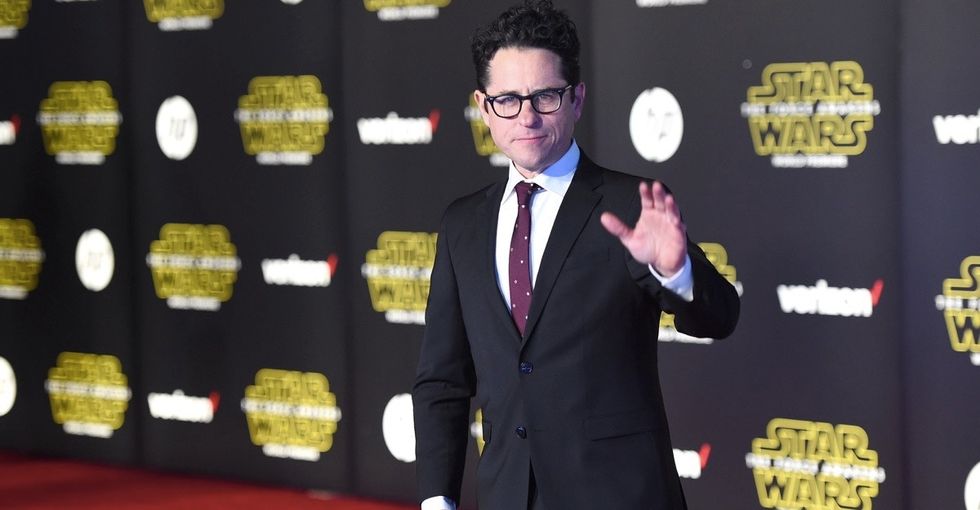 You've probably heard lately that diversity in Hollywood is not looking good.

In fact, just last month, the University of Southern California's Annenberg School of Communication and Journalism released its annual report on diversity in entertainment media.

The study found that across writers, directors, and actors, Hollywood has a tendency to be very white and very male — disproportionately white and male. We even put together some cropped photos to illustrate how skewed the whole mess is when compared to the actual representation groups have in the U.S. population.

One reason this problem continues is that the people who have the power to make a difference (who are often white and male) don't see that discrimination is happening because it doesn't happen to them.

Just two weeks after the conversation around #OscarsSoWhite, producer/director J.J. Abrams told the Hollywood Reporter that he'd like to see things change in the hiring process.


Abrams has seen firsthand how well movies led by women and people of color can do at the box office.

He directed a little movie you may have heard of called "Star Wars: The Force Awakens." Know that one? The one with the cast that looked like this:

That movie did pretty OK at the box office, bringing in more than $1 billion and breaking all sorts of box office records. The excuse that movies won't make money unless they center on white men simply doesn't hold water.

And when it comes to people of color, the same thing goes: Yes, movies with predominantly black, Latino, or Asian casts can also be commercial successes. "Straight Outta Compton," "Beasts of No Nation," and "Creed" saw commercial and critical success this year. Sadly, though, movies led by women and people of color are still way underrepresented in society.

Using the data from the USC Annenberg report, you can see just how off-kilter and unrealistic some of Hollywood's proportions are.

Let's take a look at gender. The study found that 71.3% of speaking parts in movies went to men, despite the fact that men make up a little less than half of the U.S. population.

For directors, the comparison is even worse. In the film industry, female directors are almost nowhere to be found. The same goes for writers: Nearly 9 in 10 writers in Hollywood are men.

Creating a more diverse cast and crew makes for a stronger, more well-rounded entertainment experience. A focus on diversity isn't just for diversity's sake, but for the benefit of audiences too.

As Abrams says in his interview with The Hollywood Reporter, the goal isn't simply to have more diverse writers, directors, and actors, but to create better films.

Just two weeks after the #OscarsSoWhite backlash hit the entertainment industry, Abrams' production company, Bad Robot, enacted a new policy for hiring directors, writers, and actors. For each new project, teams will be required to submit job candidates in line with the proportions of the U.S. population.

He explains the reasoning in the interview:

Does this mean the final product of Abrams' future films will be completely and totally balanced? Of course not.

This new setup has to do with the interview and submission process, not the hiring. So fear not, Internet commenters ready to smear this plan as affirmative action run amok (I see you getting those tweeting fingers ready to go), this is nothing like that. It is, instead, a path forward to a more authentic (and better) Hollywood experience for everyone involved.