Jimmy Kimmel responds brilliantly to the backlash over his monologue on his son's health. 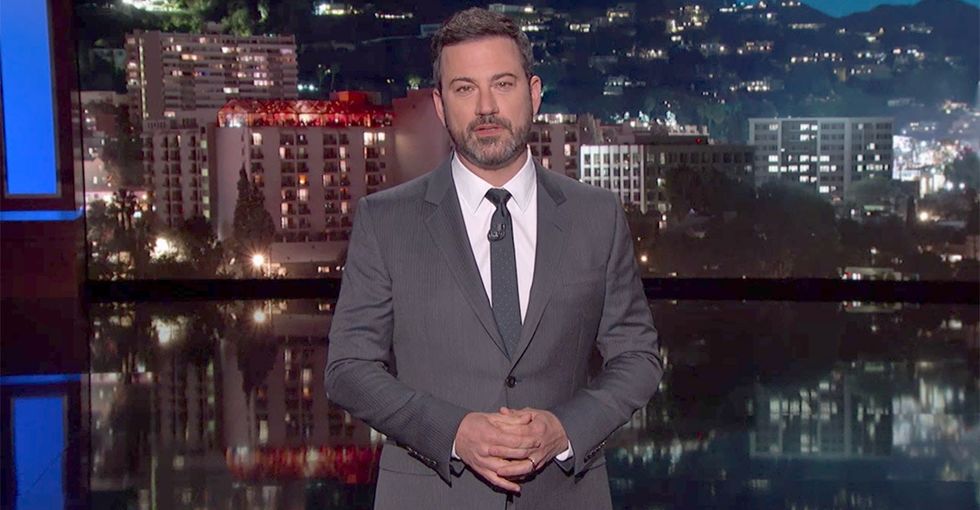 In the days since Jimmy Kimmel's heart-wrenching monologue about his newborn son's heart condition went viral, many conservative media outlets and Republicans have slammed his remarks.

As the comedian explained on May 1, his newborn son, William, was diagnosed with a congenital heart condition hours after his birth and was rushed into emergency surgery. Thankfully, William is recovering well.

During Kimmel's emotional retelling of the story, he slammed the American Health Care Act (aka Trumpcare), defended Obamacare's provision banning discrimination against those with pre-existing conditions, and noted how vital it is that all children — not just ones from wealthier families — have affordable access to the same type of life-saving care William received.

Not everyone was pleased with Kimmel's decision to be so outspoken. Newt Gingrich was one of them.

The former speaker of the house argued on "Fox News Sunday" that the comedian's remarks were flawed.

That's true, Kimmel agreed during his response on May 8. But, he pointed out, Gingrich's statement missed a vital detail.

"Yes, it is true that if you have an emergency, they will do an operation, and that's terrific — if your baby's health problems are all solved during that one visit," Kimmel said. "The only problem is, that never, ever happens."

While health care providers cannot deny care in an emergency, they can deny coverage for all of the inevitable and critical follow-up appointments after the emergency. Even if they don't, many working families simply can't afford those services anyway.

"We've had a dozen doctors appointments since our son had surgery. You've got a cardiologist, a pediatrician, surgeon, some kids need an ambulance to transport them. That doesn't even count the parents who have to miss work for all of this stuff."

Kimmel's response to Gingrich's criticism gets at what's so wrong with the way the new health care bill has been handled: Its authors don't want to talk about the details.

Like, for example, how much the bill will cost; the GOP pushed the AHCA through Congress with no CBO score. Or even how, exactly, the bill will affect everyday Americans. There hasn't yet been a single committee hearing related to this AHCA bill (Obamacare, in comparison, had 79 hearings before passing). Some GOP members even admitted they didn’t read the AHCA in its entirety before voting for it.

As Kimmel's response to Gingrich says so well, when you talk health care, the devil is especially in the details, and it's important we read the fine print.