I am done with thoughts and prayers and "looking for the helpers." 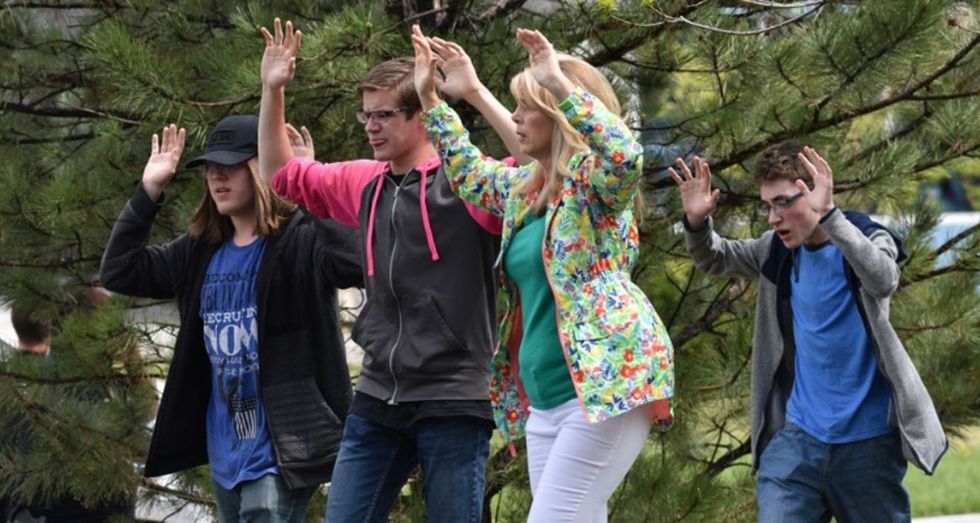 You know what? NO.

I’m done with blaming mental health when every other country in the world has mentally unstable people and nowhere near our number of mass shootings.

I loved Mr. Rogers with all my heart, but I am done “looking for the helpers” in an attempt to feel better about the fact that I live in what is supposedly the greatest country in the world and I can’t go to a movie, or a restaurant, or a concert, or a church, or a grocery store, or a post office, or a shopping mall, or a kindergarten classroom without envisioning how I’d save my children if a gunman came in and opened fire.

America, I love you. But you are broken. And I am so damn tired of constantly having this same conversation with you. I’m tired of writing about school shootings. I’m tired of writing about the effect of kids growing up doing active shooter drills. I’m tired of explaining why arming teachers is a horrible idea. I’m tired of sharing the research that shows that stricter gun laws do actually work. (Fair warning: If anyone cries “But Chicago!” without reading that link, they will get a verbal flogging like they have never seen.) I’m tired of having to resort to writing satire peppered with research in attempt to not lose my mind while trying to get you to understand that THIS JUST DOESN’T HAPPEN IN OTHER COUNTRIES.

I mean, when you picture Palestine, including the West Bank and Gaza, do you imagine it having a higher gun death rate than the U.S? (Spoiler alert: It doesn’t.)

I understand people’s fear of limiting our freedoms, but what we are living with now is not freedom.

Other countries have figured out how to have guns without having regularly scheduled mass shootings. Gun culture in the U.S. is limiting our right to “life, liberty, and the pursuit of happiness.”

Whatever we’re doing (or not doing) isn't working.

It’s long past time to try something else.

(If you’re wondering what that something else might be, please go to the Giffords Law Center website, hover over Gun Laws and read through the Policy Areas. This is the clearest, most thorough resource I’ve found for explaining what sensible gun legislation entails.)

Keep ReadingShow less
heroes
Get stories worth sharing delivered to your inbox
By signing up you agree to Upworthy's privacy policy.
Pop Culture

Cameron Stewart, a British photojournalist and camera operator, recently shared how he was able to score business class tickets at a fraction of the price, simply by switching the website language from English to Spanish.
Keep ReadingShow less
travel
Get stories worth sharing delivered to your inbox
By signing up you agree to Upworthy's privacy policy.
Trending Stories
relationships
Internet