Husband brilliantly sneaks his dog into the hospital to say goodbye to his wife. 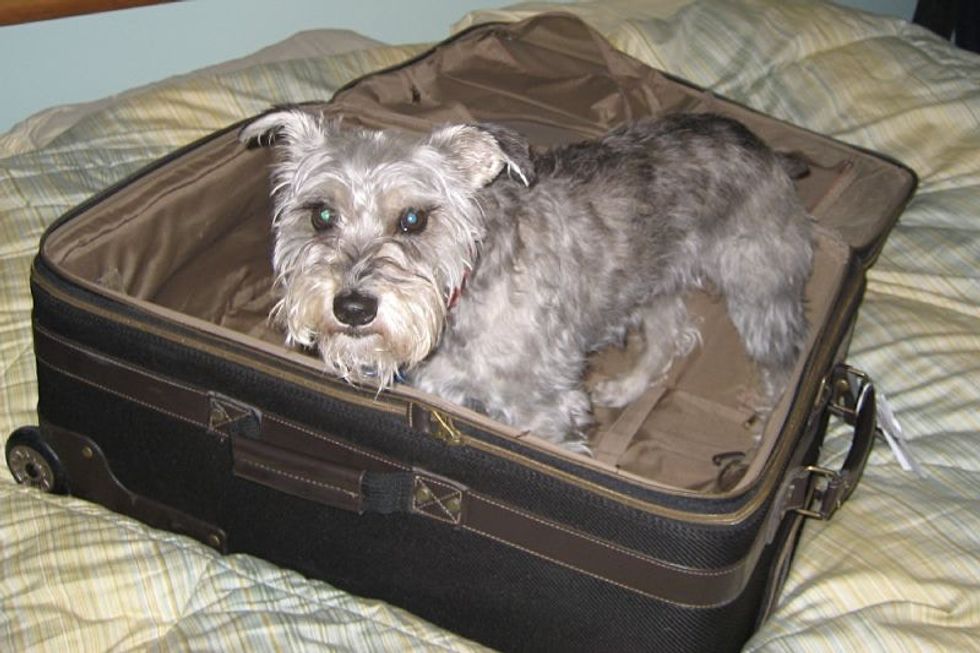 This article originally appeared on 02.07.19

Anyone who owns a dog can attest to the amazing comfort they provide during times of stress or discomfort. Research shows that dogs have a biological effect on us that elevates our levels of oxytocin, which is known as the “love hormone."

Unfortunately, most of the time, dogs aren't allowed in the place where people need comfort the most: hospitals. Even though evidence suggests that that visiting with a pet while hospitalized improves a patient's mood while reducing their anxiety.

A story shared by Reddit user Mellifluous_Username on the online forum is going viral because of the lengths he and his dog went to to visit his sick wife.

For brevity's sake, we'll refer to Mellifluous_Username as "Mel."

“My wife was in the hospital after a very invasive surgery, which after a few days, looked like it did not produce ideal results," Mel wrote. "The prognosis was not good. She was able to speak, but was not eating or drinking, and relied completely on her IV and hard pain pills. In one rare instance of cogent speech, she convinced me to sneak our dog into her private room, so she could see her 'one more time.'"

Mel decided he could sneak their 50-pound Austrian Shepherd into her hospital room by hiding it in a suitcase.

“I packed her in, with the lid unzipped, and placed her in the car until we arrived at the hospital," Mel wrote. “When we arrived, I 'explained' to her that I would open the zipper in a few minutes and that she could see her Mommy."

As they slipped their way through the s hospital wings, the dog was quiet as a cat burglar. When asked about the suitcase, Mel told the nurses that he was bringing “items to make my wife more comfortable."

“When we entered the room, my wife was asleep," Mel wrote. “I unzipped the suitcase, and the dog immediately jumped on the bed, and gingerly laid across her chest, somehow avoiding the wires and IV. She positioned herself to where she could look directly into my wife's eyes, and laid completely still, until about twenty minutes later, when my wife woke up, and started moaning in pain."

“The dog immediately started licking her, and quietly moaned, as if knowing that barking would definitely blow our cover," Mel wrote.

“My wife hugged her for almost an hour, smiling the whole time," he continued. "We were busted by one nurse who was so touched that she promised not to tell. When my wife finally went back to sleep, I loaded the dog back in the suitcase, and she somewhat sheepishly obliged."

Mel's wife passed away a few days later, but his dog has yet to learn the sad truth. “Now, whenever I grab the suitcase, the dog thinks we are doing to see her again," he wrote.