How Costa Rica went without fossil fuels for 76 days and what we can learn from it.

While we were all playing Pokémon Go, Costa Rica helped save the planet. 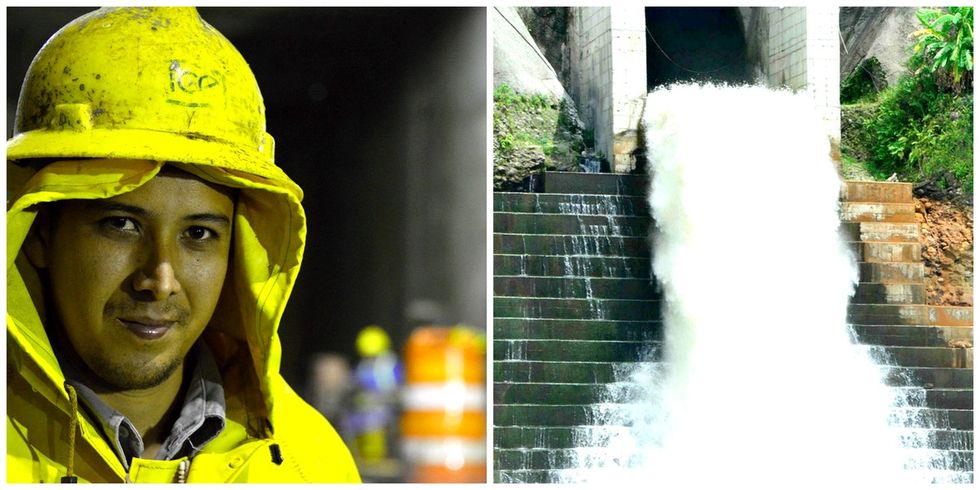 If Costa Rica were a kid going back to school, it would have a pretty awesome story to tell when asked what it did over its summer vacation.

OK, so this is the Costa Rican women's volleyball team celebrating their own victory at the Rio Olympics, but they'd probably be pretty pumped about renewable energy too. Photo by Yasuyoshi Chiba/Getty Images.

According to the Costa Rica Electricity Institute (ICE), from June 17 through Aug. 31, 100% of Costa Rica's energy needs were met by renewable energy, predominantly from hydropower.

This makes  considering the small country is overflowing with various bodies of water.

Hydropower supplied 80% of the country's energy requirements, followed by geothermal at 12%, and wind at 7%. Solar only contributed 0.01%, but that was to be expected considering how often it rains there.

As exciting as this news is, it's only about half of Costa Rica's environmentally conscious accomplishments concerning energy production over the past year.

Even more impressive, the country has accumulated over 150 days of 100% clean electricity this year to date, according to the National Center of Energy Control.

"We are a small country with great goals!" ICE wrote on its Facebook page. "We remain committed to the goal of carbon neutrality by 2021."

They're well on their way, too. In 2015, the country managed to produce 99% of its energy through renewables.

It should be noted, of course, that Costa Rica is a small country and therefore doesn't need to generate as much power as, say, America.

And, as mentioned, Costa Rica has a ton of water power from which to pull energy.

But that doesn't mean its achievement should be discounted. If anything, it's a shining example of what a country can do with the natural resources it has.

Costa Rica joins a number of other smaller countries making the deliberate shift toward complete reliance on renewable energy.

On Aug. 7, 2016, Scotland, which boasts the largest oil reserve in the European Union, produced enough energy from wind turbines to power the country for an entire day.

While that may not sound like a lot compared to Costa Rica's two-month renewable power feat, when you consider that Scotland is one-third larger than Costa Rica and that wind power typically produces less energy than hydropower, it's still a pretty impressive achievement.

Meanwhile, Germany is sprinting ahead when it comes to production of solar energy. On June 25, 2015, 78% of the country's electricity demands were met by solar power.

These countries' renewable energy models may be difficult for larger countries to emulate exactly, but their efforts are inspiring nonetheless.

In order for renewable energy to really make an impact worldwide, there's a lot that will need to be done in terms of city planning, allocating costs, etc. But these small models prove it can be done with a little ingenuity and concerted effort.

In fact the United States, Mexico, and Canada are taking a lesson from these star student countries and have already pledged to have 50% of their power come from renewable energy by 2025.

Renewable energy classes are officially in session. Take a seat, rest of the world.