How a little monkey's very hard day could teach us why we get jealous. 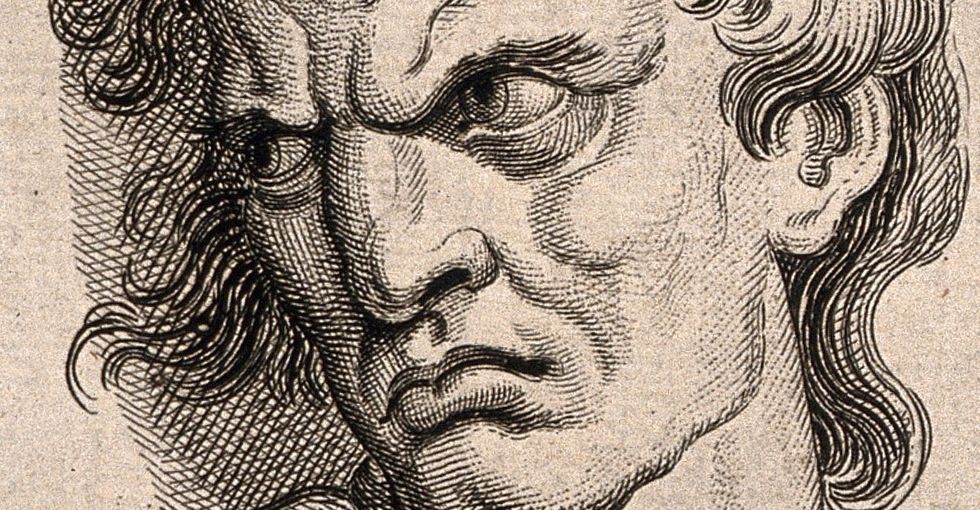 The monkey had a busy morning, but it was finally time to go home.

He was a small creature, about the size of a rabbit, with a long prehensile tail and dusky red fur. Earlier that day, scientists had scooped him up from his cage and taken him away to get a shot. But now that was done, and just like for many of us, heading home meant that he'd finally get to rest and hang out with his mate.

This time, though, his scientist colleagues weren’t done with him. In fact, our monkey was being set up for an incredible betrayal.

The approximate locations of the cingulate cortex (red) and lateral septum (green) in an MRI of the human brain. Original image from Geoff B Hall/Wikimedia Commons.

Put together, these areas of the brain appear to show us what Victorian novels, romantic comedies, and reality TV shows have long suspected: Jealousy is intimately tied to monogamy.

Monogamy is interesting because it's actually very rare in the animal kingdom. Fewer than 1 in 10 mammal species mate and bond with a single individual. Even humans aren't strictly monogamous. But we do form uniquely strong, lasting bonds between individuals.

What the research hints at, says Bales, is that the pain of jealousy might actually be one of the reasons monogamous animals bond so strongly to each other. This might even confer an evolutionary advantage, since monogamous male monkeys help raise and feed their kids.

So that tail-lashing, lip-smacking monkey might just help us understand ourselves.

"Understanding the neurobiology and evolution of emotions can help us understand our own emotions and their consequences," says Bales.

It could even help us recognize how our brains form romantic relationships — and what happens when those relationships go terribly wrong. About 1 in 3 women and 1 in 4 men are victims of intimate partner violence in their lifetimes, and research has hinted that jealousy might play a major role.

Human emotions are incredibly complicated, of course, and we shouldn't suggest that monkeys experience the exact same feelings we do. Titi monkeys have very different lives, societies, and evolutionary histories than people do.

Still, Bales says that we have seen hints of similar brain activity in human studies.

As anyone who's ever felt it knows, jealousy can be an intensely dark, powerful emotion. The next time you feel it, maybe you can take some comfort knowing just what is going on in your brain.

Maninger and Bales' work was published in the journal Frontiers in Ecology and Evolution.