A historic number of women are running for office this year. Here’s why that’s good news. 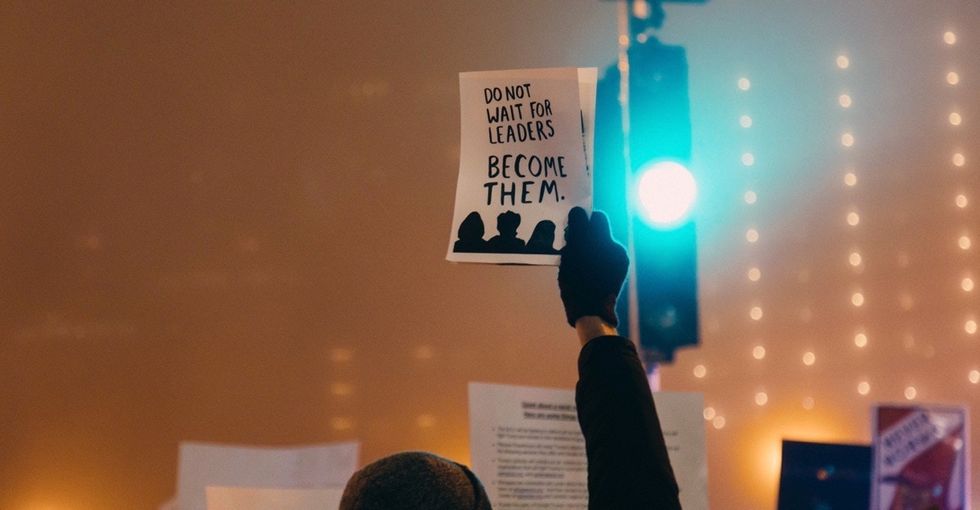 From sister survivors organizing to prosecute their assailants to movements for equal pay in Hollywood and beyond, this year women across the country are demanding a voice on issues that matter. And in November, that surge of woman power is set to hit Congress during this year’s midterm elections.

As of October, 262 women are on the ballot for the November primaries for the House and Senate races, according to Center for Women and Politics.

And they're not all liberal candidates.

It’s a common misconception that women tend to be liberals and that gender equality issues are an exclusive hallmark of the political left.

In reality, women on both sides of the aisle are fighting for many of the same things. That’s why, come election time, an uptick in female representation would be great news for everyone — regardless of where you fall on the political spectrum. Here’s why:

Congresswomen are extremely capable. Just take a look at what they’ve done already.

Congress’s bipartisan Women’s Caucus, made up of both liberal and conservative women in the House and the Senate, is led by Rep. Susan Brooks and her Democratic counterpart Rep. Lois Frankel. Together with almost 60 congresswomen, Brooks and Frankel have worked for progress on key issues relevant to women and families, such as equal pay, parental leave, sexual harassment, and support for female entrepreneurs.

“But when you think about it, all issues impact women and families,” says Susan Brooks. “So we have, together in a bipartisan way, tried to have discussions and promote legislation that impacts those areas.”

Their efforts have been largely successful. The Women’s Caucus' list of accomplishments includes the Pregnancy Discrimination Act, which protects women from employer retaliation when they become pregnant, and the Women’s Business Ownership Act, which protects female entrepreneurs from discriminatory lending practices by banks favoring men. And that’s just two examples. The list of the caucus’s accomplishment is long and reaches right up to the present.

“Lois led the effort in the House — Susan Collins and Diane Feinstein led it in the Senate — to get a bill passed because Congress has oversight of the U.S. Olympic Committee,” explains  Brooks. Together, members of the Women’s Caucus passed the Protecting Young Victims from Sexual Abuse and Safe Sport Authorization Act, which was signed into law in March of 2017.

There are men in Congress who are critical advocates for women. But that’s not enough.

Representatives Brooks and Frankel can both name a list of congressmen with a record of prioritizing women’s issues in their politics. But while men have been key participants in much of the progress made by the Women’s Caucus, that’s just not the same thing as women actually being represented by women.

“The fact is that women — as mothers, as daughters, as grandmothers, as sisters — bring a different perspective to issues and problems,” says Representative Lois Frankel. “And that diversity is necessary to really create laws and policies that reflect the people we’re trying to represent.”

Brooks agrees. “We do very much appreciate, and continue to support, the men who, on both sides of the aisle, have stepped up and have led on legislation for health issues, childcare issues, sexual harassment issues,” she says. “But what women bring to the table is their perspectives: having been a girl going through school, having been a young woman entering into workplaces, what it’s like maybe to start a women-owned business, and how difficult sometimes it can be to be recognized.”

Of course, women are also well-suited to accomplish more than just progress on “women’s issues.”

“Women excel in all areas, and not just women’s issues,” says Rep. Frankel. “It’s so important to have women’s perspective and experience on every single issue.”

Rep. Brooks agrees. “I do believe that, with more women in Congress, we may be able to come together on more issues,” she says. “I would love to think that if we had more women involved in the discussions that we could even maybe resolve some of the thorniest problems facing the country — like immigration reform.”

While there are more women entering politics, the job is not done quite yet.

“We’re getting there far too slowly,” says Rep. Brooks. Currently women represent about 20% of the government, from Congress to the state legislative bodies.

“We have to encourage women to consider running,” she says. “Women often need to be asked to run, rather than raise their hand and run on their own.” It’s a documented phenomenon and a classic case of unmatched self-confidence across genders — even between candidates who might be equally qualified.

“They say a man gets out of bed, looks in the mirror, and says ‘I can be President,’ whereas a woman you have to ask [her] ten times,” she laughs.

That's why the uptick in women running this year is so important.

As protections for women, families, people with disabilities, LGBTQ+ people, and many other vulnerable communities were slashed this year, women — from all points on the political spectrum — are finally showing up, ready to run.

It would seem that, for now at least, the male-dominant status quo is no longer.

“Not this cycle,” says Rep. Frankel. “Not at all. They are being energized.”