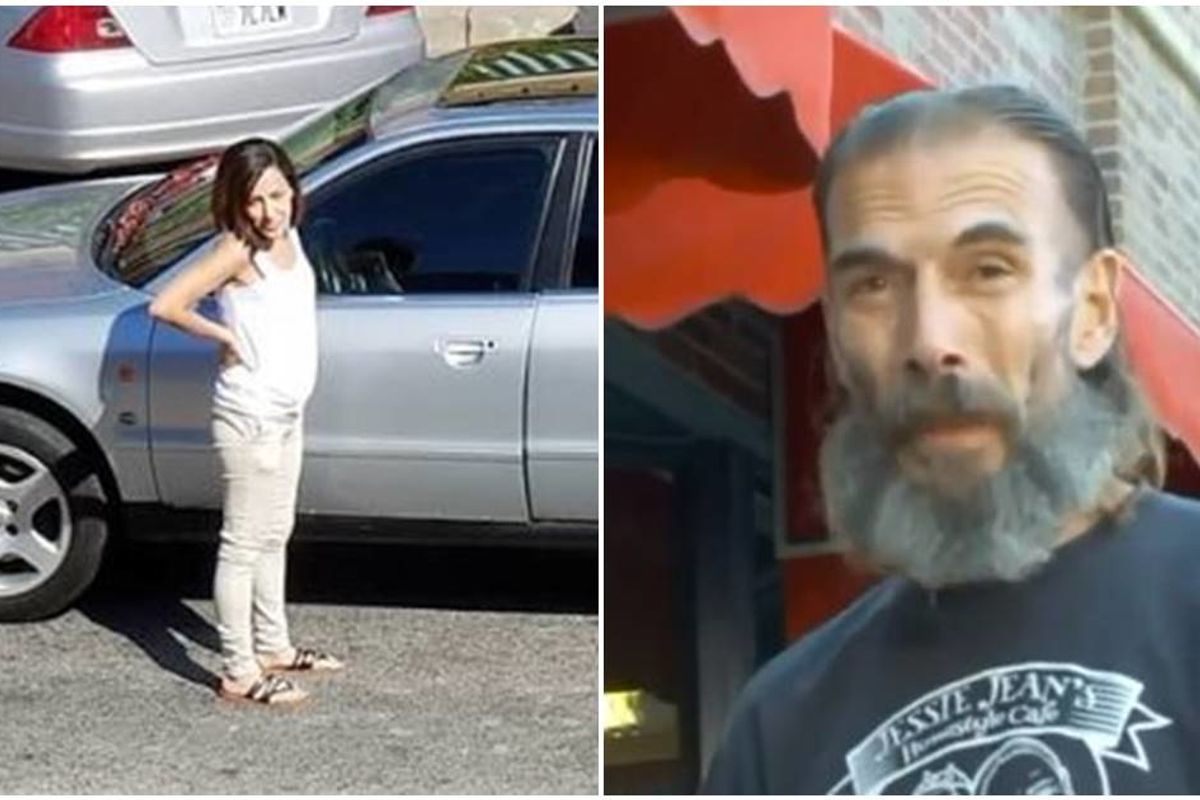 Or, maybe it's the idea that when someone receives an act of kindness, they can't wait to pay it forward?

Regardless, Charles "Chuck" Logan, 56, is getting some love on special media for stopping to help out when everyone else turned a blind-eye to a single-mom with a flat tire.

Shuree Michelle had a blow out in the middle of the street in Ogden, Utah on September 23, and waited by the side of the road while countless cars drove on by with no one stopping to help.

Logan, a man experiencing homelessness, saw that she was in need of help so he approached her on the side of the road. "Out comes this guy and he asked if I had a spare tire and a jack," she told Yahoo Lifestyle. "He didn't hesitate to help — it was very sweet."

Michelle gave him $10 for his troubles.

The act of kindness was photographed by Anna Davidson, the owner of Jessie Jean's Historic 25th cafe, which is across the street from where Michelle had her blowout. She posted it to Facebook where it's earned over 3,000 reactions.

"Looked out the window to see this happening. This is Chuck...he's homeless and works his a** off helping every day in the cafe," Davidson wrote. "This is 'one of those people' that get labeled. Ya know the ones everyone wants outta sight, outta mind.. I didn't see anyone else out helping this young lady, just Chuck...the homeless guy...thank you Chuck." She added the hashtags #findthekind and #kindnessmatters."

Logan does odd jobs such as sweeping, sanitizing, and doing dishes around the cafe every day for the Davidsons in exchange for meals. "He's a safety net around here," says Davidson.

Logan and the Davidson met during the government shut down last December, when the cafe advertised a special for $2 coffee and beignets.

RELATED: He was a homeless veteran. Karis Village offered him not just a home, but a community.

"We have about 5,000 government workers living in Ogden so when they couldn't work, it was traumatic," Davidson told Yahoo Lifestyle. "We figured, 'If we're going to lose our business, we may as well help people on our way out."

Davidson's husband, and co-owner of the cafe, Ron, was once homeless for two years, so he understands what the economically-disadvantaged in his area are going through. This real-world experience is a major reason why the couple has been so generous to the community.

With the help of donations from the community, they were able to keep the program going, which brought some local homeless to the restaurant, and that's how they met Logan.

The story is a great example of how when one person pays it forward, the ripple effect can go on forever. The Davidsons paid it forward to Logan and Logan passed that kindness over to Michelle. Now who knows will benefit from it next?