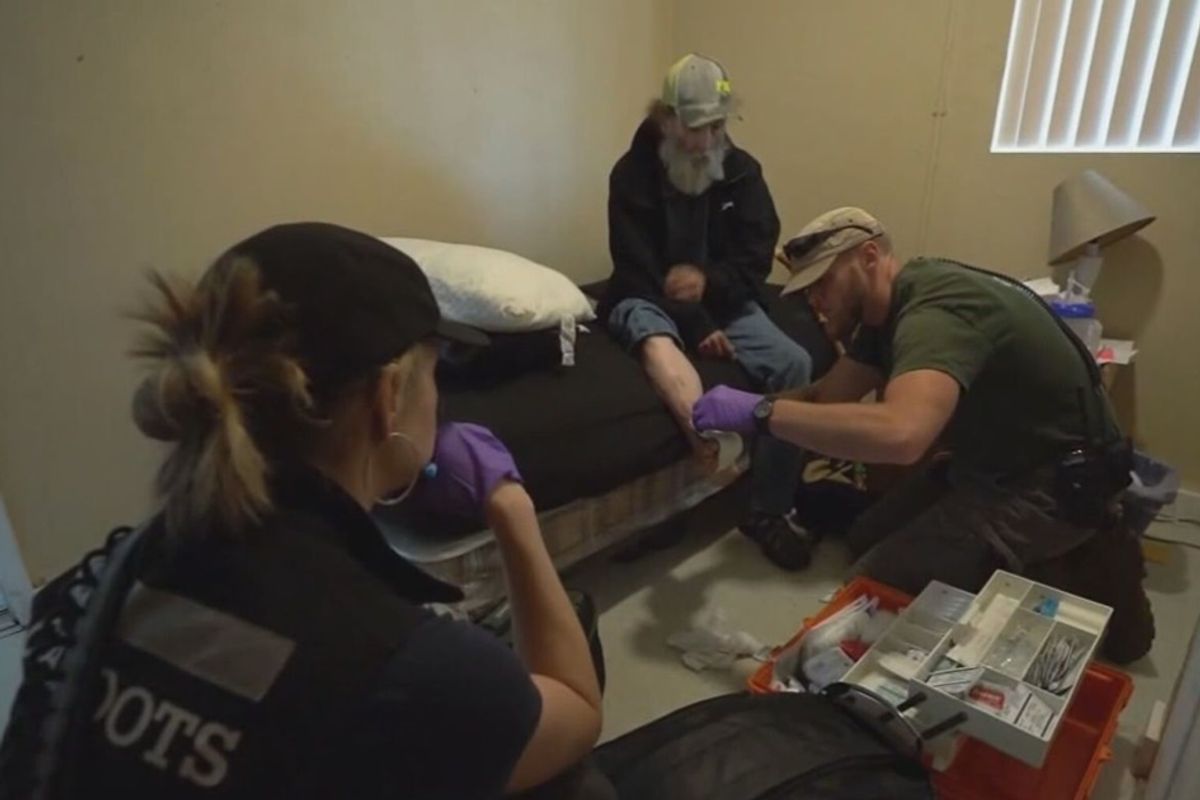 Last Friday, a police officer in Salt Lake City, Utah shot a 13-year-old boy with autism spectrum disorder who was suffering from a mental health crisis. According to a GoFundMe page, the boy was left with serious injuries to his shoulder, ankles, intestines, and bladder.

The boy's mother, Golda Barton, requested a crisis intervention team to transport her son to a hospital for treatment and believes the police reaction was excessive.

"He's a small child. Why don't you just tackle him?" Barton said according to NPR. "You are big police officers with massive amounts of resources. Come on, give me a break."

This story out of Salt Lake City is another in a long list of incidents over the past few months that have inspired Americans to rethink the role that armed police officers have in society.

A recent program out of Denver, Colorado has found that having unarmed mental health professionals respond to matters that don't threaten public safety can be even more effective than armed officers.

Since its launch, it has responded to more than 350 911 calls often connected to unmet mental or physical needs.

These teams, made up of mental health professionals and paramedics, are better equipped to handle Denver's most vulnerable populations and they also allow police to respond to violent situations.

STAR teams aren't pressured to respond to more pressing, violent calls so they take a more personal approach to helping people. The team has been able to work on some calls for up to two hours.

Having the STAR and co-responder teams gives dispatchers a better chance to solve problems by giving them a the opportunity to match situations with those best trained to handle them.

"We're really trying to create true alternatives to us using police and jails," said Vinnie Cervantes with Denver Alliance for Street Health Response, one of the organizations that helped start the program.

The STAR program is currently only working in the central downtown area of the city, but community groups hope it will expand citywide. Organizers are also working to help other municipalities, such as nearby Aurora, to adopt similar programs.

"It really kind of proves that we've been working for the right thing, and that these ideas are getting the recognition they should," Cervantes said.

It's impossible to know whether a program like STAR would have prevented a 13-year-old boy with autism spectrum disorder from being shot in Salt Lake City. But there's no doubt that armed police officers shouldn't be a one-size-fits-all solution to keep our cities and their residents safe.