A trans boy and his mother have a heartfelt discussion about their shared fears.

He's only 8 years old, but he's worried about something very serious. 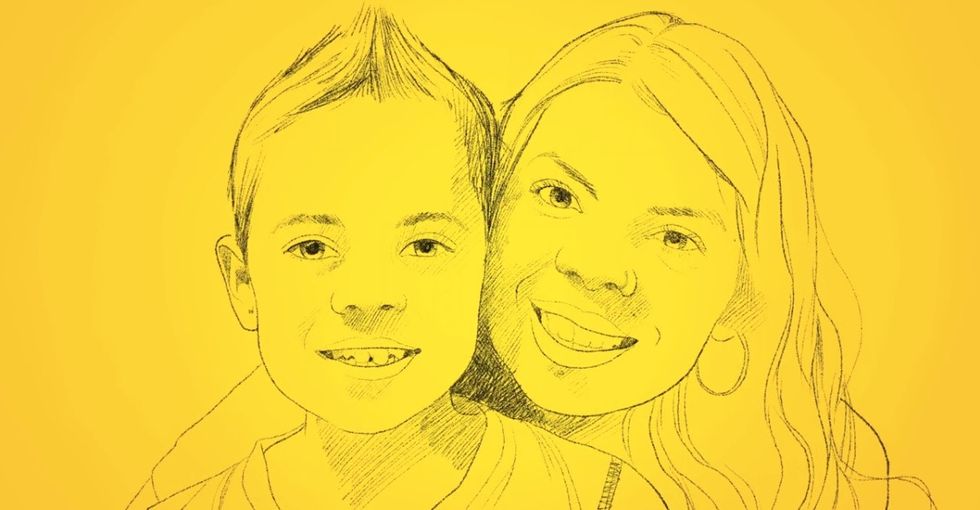 8-year-old Gabe López shares a happy memory with his mom, Chris, about the time he went to camp and met his three best friends.

Their names were Luke, Brock, and Cooper — and like Gabe, they were all transgender boys, meaning they were boys who were assigned female at birth.

"Brock taught me how to pee standing up," says Gabe, prompting a laugh from Chris. The experience, shared in a new video collaboration between StoryCorps and Upworthy, was a joyful moment that contributed to the self-validation of Gabe's identity. The experience led to Gabe and Brock becoming "bros."

The conversation takes a serious turn when Chris asks if Gabe ever gets scared thinking about what it'll be like growing up transgender.

"I’ve been wondering if when I’m older a lot of people will try to hurt me or something," he says, simply. "Do you worry about me?" he asks Chris.

"I worry about how other people might treat you," she says. "And it makes me upset to think about what you might have to go through."

The truth is that their shared fears of mistreatment and violence are valid — even, and perhaps especially, in today's world.

While transgender issues have been getting more attention in recent years — in 2014, Time famously declared the world had reached a "transgender tipping point," 2015 saw the emergence of Caitlyn Jenner, and earlier this year, Sarah McBride became the first transgender person to address a major political party's convention — that progress comes with a hefty price.

Increased attention to these issues has emboldened anti-trans lawmakers to enact laws designed to legalize discrimination against the group. Additionally, trans people are often the target of hate crimes. Every Nov. 20, the transgender community commemorates Trans Day of Remembrance to celebrate the lives of those who've been lost to anti-trans violence.

It's sad that an 8-year-old boy has to worry about whether he'll face violence just for being his authentic self. It's on all of us to push back on the forces that validate those concerns because no child should have to live in fear.

Listen to Chris and Gabe's heartfelt conversation below.