A photographer nearly froze to capture these images. The results? Spectacular. 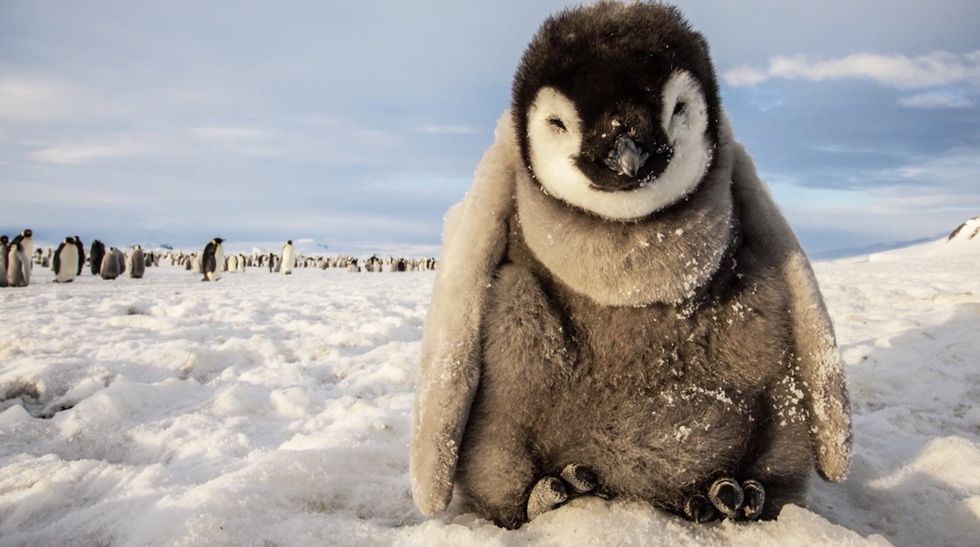 45 minutes after diving under the ice into the frigid water of the Arctic, Paul Nicklen's body starts uncontrollably shivering.

He can't feel his fingers — or the camera in his hands — at all. The only way he knows he's actually taking pictures is to watch his finger hit the shutter button on the camera.

But he keeps pressing on, taking photos, until the early stages of hypothermia start to set in and everything starts to slow down. That's when he knows it's probably time to wrap up the shoot.

Nicklen is a Canadian photographer who has spent much of his career photographing wildlife in frigid polar environments.

He's even been away from home for up to 10 months at a time, relying solely on the equipment and food he brought with him to survive. (And what does he eat on those trips? Lots and lots of pasta, he says, because "I can take 90 pounds of pasta into the field and that will last me three months.")

But no amount of shivering, extreme conditions, or any other challenges can keep Nicklen from getting the shot.

"This is my one chance to connect the world to the changing polar regions and that's what drives me," Nicklen told Hannah Hart on While the Water Boils. "If I’m cold and frozen and miserable, I can push past that to get these images."

Nicklen’s work is not just about getting a beautiful photograph —  it’s also about education.

Through his art, he wants to draw attention to fragile ecosystems, climate change, and other pressing issues affecting polar wildlife. That's why he takes photographs in some of the world's harshest environments and has had encounters with numerous wild animals, including polar bears, narwhals, leopard seals, and penguins.

In fact, educating others about these issues was so important to Nicklen that it's why he chose to become a photographer in the first place.

"I went off to university to become a biologist," he said, "but I became frustrated that we weren't affecting change with that science."

"I thought if I can become a photographer and if I can get a job with say, National Geographic, now I have the chance to reach a hundred million people to bridge the gap between the important science and the public," he adds.

To Nicklen, even something as simple as a caption can help get the word out about important conservation issues.

In fact, he uses his Instagram — which he calls "millennial-bait" — to draw people in through a beautiful photograph and then, while he has their attention, teach them something about the animal or landscape shown through the caption.

With more and more exposure and education, Nicklen hopes he can mobilize others to care about science and conservation, too. And hopefully that can help drive action and change to help combat the issues affecting these polar regions.

Nicklen discussed his passion for his work recently on While the Water Boils.

This is a YouTube show where Hannah Hart (YouTube star and author) sits down with people to find out more about their passions. Learn more about him and his photos in this video:

Capturing these stunning wildlife images puts his life at risk, but he does it to shed light on an issue that affects us all.

Nicklen's story shows that there are lots of ways to use your passion — whether it's photography and science or something else entirely — to help make the world a better place.