Your teen doesn't want to wake up. Now, scientists are on their side. 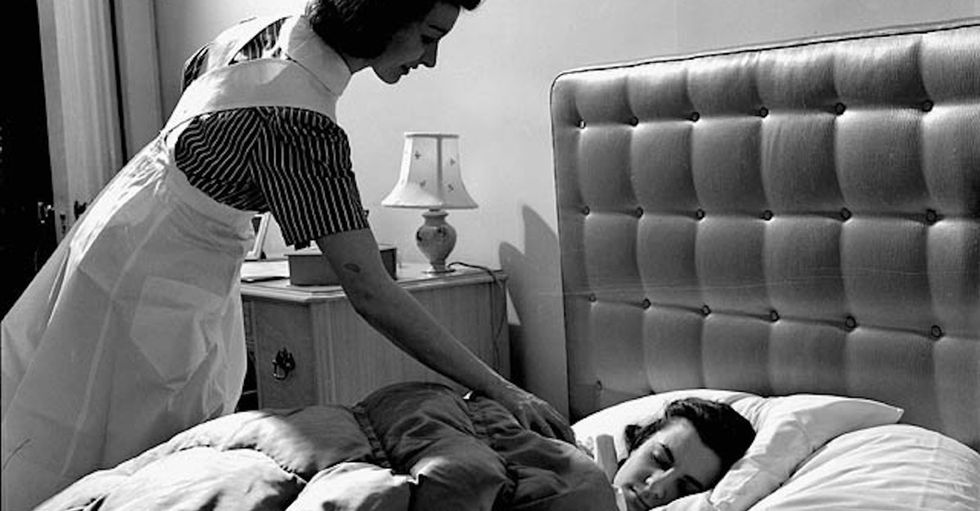 It's ironic: When they're younger, you can't keep them from springing to life before 6 a.m. As teenagers, you can barely get them up for school.

Small children won't sleep in late to save their (or, more accurately, their parents') lives, but by the time they're old enough to savor their sleep, they have to get up early to go to school. When it comes to kids' sleep cycles, no one wins.

But research suggests it might be time to change that by switching up morning schedules and letting teens sleep in.

Scientists now agree: Not only are teens not getting enough rest, but the best way to remedy the problem would be by starting classes later in the day.

In 2015, the Centers for Disease Control and Prevention released a report suggesting that the majority of teens were not getting the rest they needed on school nights.

The report showed that while teens need at least eight hours of sleep each night, 2 of every 3 U.S. high school students got less than that during the week. It also reported that 5 of every 6 middle and high schools in the country were starting the school day before 8:30 a.m. — making it difficult for many students to fit in the recommended amount of sleep.

Image by Rob and Stephanie Levy/Flickr.

Now, scientists around the country are beginning to agree: The best way to help sleep-deprived kids is to push school times back.

Following the CDC's report, researchers began studying the effects of insufficient sleep and early class times on middle and high school students. This year, the American Academy of Sleep Medicine — a group of over 10,000 scientists and health experts — formally issued a statement in support of later school times to support increased sleep among teens.

Another study also found a correlation between a delayed school start and graduation rates: Average graduation completion rate increased by 9% when the morning bell was moved to 8:30 a.m.

The good news is that parents have the power to help their kids get the extra sleep they need.

But news flash: It won't be by setting earlier bedtimes with their kids.

Adolescent brains generate hormones that induce sleep on a delayed schedule, making it difficult to get to sleep earlier than 11 p.m. — whether they're physically in bed or not.

However, parents do have the power to advocate for their kids within the school system.

Unlike many government-related issues, school hours aren't mandated by state or federal governments — they're set by individual school districts, so parents can work with school leaders to make changes to school schedules.

That's right: Armed with the above evidence, concerned parents can take the issues straight to their school's administration.

Organizations like Start School Later offer resources for parents looking to lobby for change in their kids' schools, and districts in 44 states have already implemented pilot programs to test for improved performance with later morning bells.

Whether or not you're parenting a teen yourself, it's an issue that affects everyone. Research also shows that risk of smoking, drinking, using drugs, and being overweight are all associated with teens not getting enough shut-eye — which means it should be a matter of national concern that an entire generation of teens might be sleep deprived.