When She Decided To Have Some Fun In Her Friend's Basement, She Had No Idea What She'd Lose

She's tired of the way we think of some people, and I don't blame her. 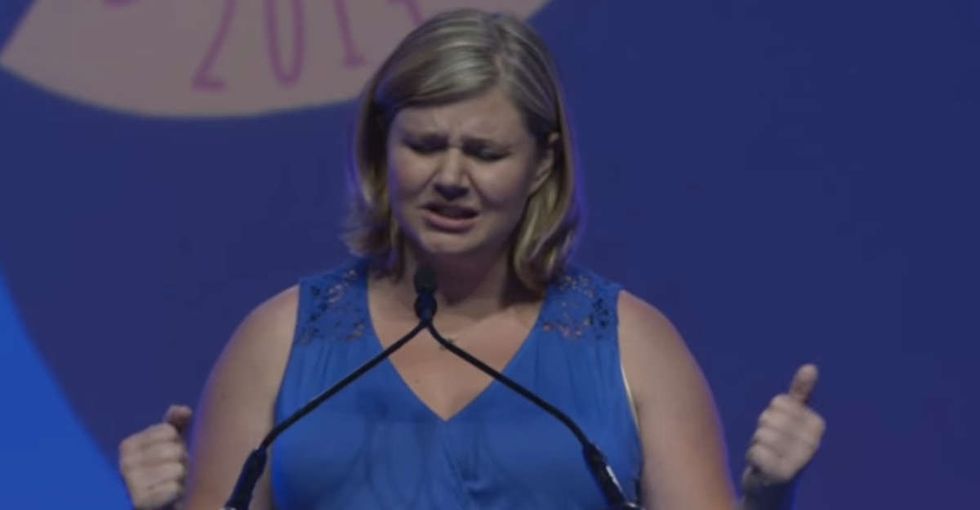 Addicts don't start with needles in their arms.

Most of us realize that addiction is a disease. But we seem to be less understanding or willing to acknowledge that fact when an addict dies of an overdose. And that's what this is about: Drug addicts don't start with needles in their arms. Their path to addiction begins in a seemingly innocuous place.

Addiction is a progressive disease.

As Janelle says, most people don't just decide out of the blue to get themselves a bag of heroin and a needle. They progress to that point after doing what many kids or young adults do — trying something new, like alcohol or pot.

It's fine. Until it's a problem.

For an addict, knowing they need to stop and being able to stop are two different things.

She lost her kids, her stability, and nearly her life (several times). Who'd put themselves in that position knowingly?

Addiction is hard to overcome. And remember: It's a disease.

Instead of asking, "Well, what did you expect?" when an addict loses their battle, we could try to find some empathy. And we can do that by learning how it happens and how that person got there. Listen to Janelle's talk on addiction for a better understanding.