What this governor's story about living with disabilities can teach us about humanity.

During a speech at the Democratic National Convention, Governor Dannel Malloy spoke about the power of human kindness. 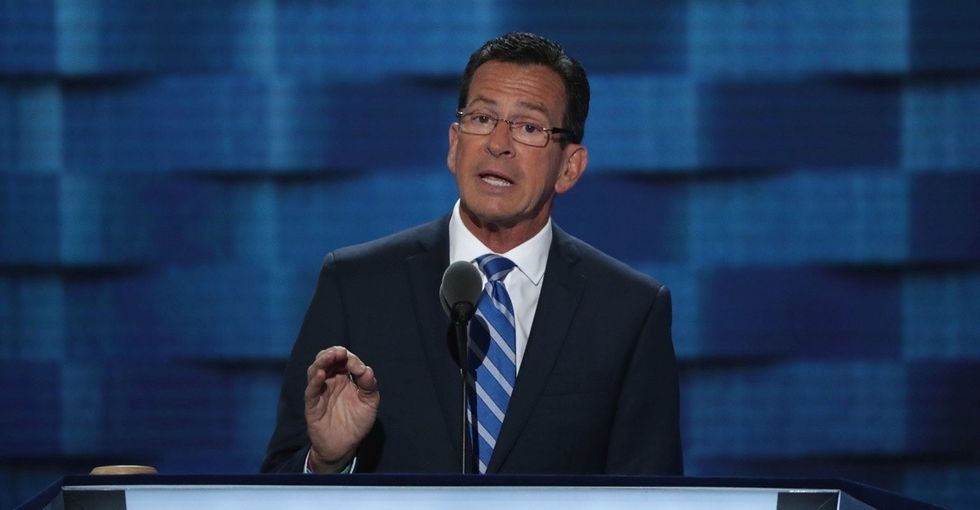 "I'm here today to tell you a story of hope, a story of why we are stronger together," Connecticut Governor Dannel Malloy said to the DNC crowd.

"It's a story of a young boy with physical and severe learning disabilities, a child for whom reading and writing were almost impossible," he continued.

The story he shared during the first night of the Democratic National Convention was, of course, his own. Over the next nine minutes, he explained how with the help of his mother, his teachers, and his support system, he went on to become a successful lawyer and leader of the country's 17th largest economy.

Malloy's speech reminds us that, no matter who you are and no matter what advantages or disadvantages come naturally to you in this life, we don't reach success alone.

If you're successful, I'm sure there are people you can look back on who've helped you become the person you are today. And if you've struggled, I'd guess that others have struggled along with you.

"We need to lift up our brothers and sisters and ignore the shouts and taunts of bullies amongst us," Malloy said.

In life and in this upcoming presidential election, Malloy reminds us that we all have the power to help each other. We have the power to lift up those who've been disadvantaged in one way or another. And we can make the world a better place simply by showing courtesy and humanity to others.

Your voice and your actions have the power to make the world a better place. As others have been there for you and have helped you get to where you are, so too can you can give back.

As the governor says, we are stronger together.

Watch Gov. Malloy deliver his speech to the Democratic National Convention below: