What does a panic attack feel like? Kevin Love's vivid retelling nails it. 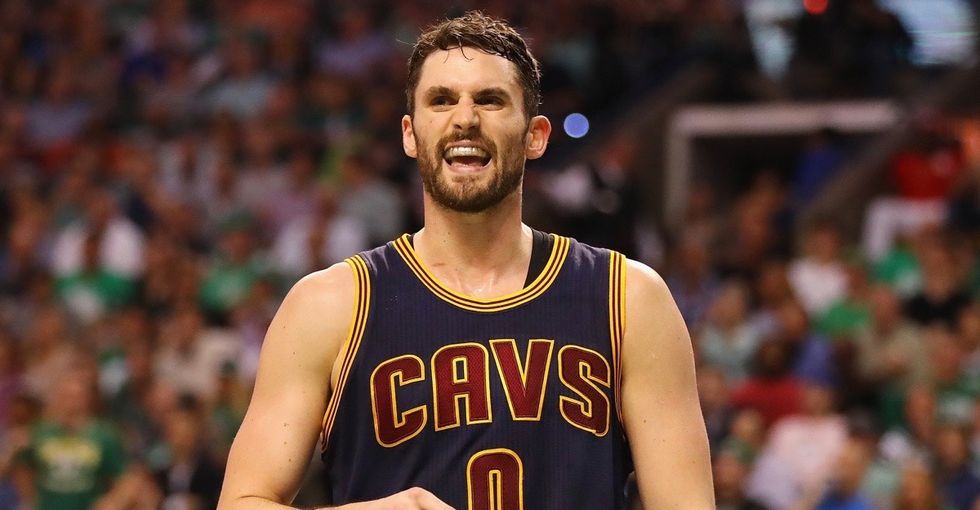 Just minutes into a Cleveland Cavaliers' game against the Atlanta Hawks, Cavs star Kevin Love knew something was wrong.

He was out of breath but struggled his way through the first half of the Nov. 5, 2017, game anyway. Moments into the third quarter, it hit him. Hard. For the first time in his life, he was having a panic attack. In an essay for The Players Tribune, Love described the experience:

"I felt my heart racing faster than usual. Then I was having trouble catching my breath. It’s hard to describe, but everything was spinning, like my brain was trying to climb out of my head. The air felt thick and heavy. My mouth was like chalk. ... I was just hoping my heart would stop racing. It was like my body was trying to say to me, 'You’re about to die.' I ended up on the floor in the training room, lying on my back, trying to get enough air to breathe."

The essay is a beautiful, honest look at mental health stigma.

Love described the panic attack "as real as a broken hand or a sprained ankle." He went to the hospital that night, thinking that something was wrong with him, but every test came back totally clear. That's part of what makes panic attacks so scary: The physical symptoms are there, and they are very real. While it's easy to dismiss a panic attack as being all in your head, it's a whole different story while you're having it.

"If you're suffering silently like I was, then you know how it can feel like nobody really gets it," Love wrote. Stigma is what causes people to suffer in silence, as he said, and points to how it hits men especially hard.

Love #0 and teammate LeBron James #23 pause during a January 2017 game against the Phoenix Suns. Photo by Christian Petersen/Getty Images.

"People don't talk about mental health enough," he wrote. "And men and boys are probably the farthest behind."

"Growing up, you figure out really quickly how a boy is supposed to act. You learn what it takes to 'be a man.' It’s like a playbook: Be strong. Don’t talk about your feelings. Get through it on your own. So for 29 years of my life, I followed that playbook. And look, I’m probably not telling you anything new here. These values about men and toughness are so ordinary that they’re everywhere … and invisible at the same time, surrounding us like air or water. They’re a lot like depression or anxiety in that way."

Overcoming the lessons of that "playbook" could save lives.

Tens of millions of people experience panic attacks and associated anxiety disorders each year. More than half won't seek treatment.

According to the Anxiety and Depression Association of America, anxiety disorders are the most common mental illness in the country, affecting 40 million adults in the United States each year. Despite the fact that treatment is relatively simple and extremely effective, more than 60% of people with an anxiety disorder won't get help. There are many barriers to mental health treatment, with mental health literacy and stigma both serving to dissuade people from seeking treatment.

Love's essay addresses both issues. His detailed description of a panic attack might help others recognize a problem in their own lives and to not see it as a sign of weakness. He didn't want to "seem weird or different," so he kept to himself for a while. Now he's using his platform to raise awareness.

"Everyone is going through something that we can’t see," he wrote, sharing a lesson that can be applied to countless issues. It's a call for empathy, for understanding, and of course, for self-care and good health.