We love this British actor. We love him even more after he held up these bits of paper.

I've noticed more and more celebrities using the limelight to spread worthwhile messages. Well whaddya know, even Sherlock — I mean British actor Mr. Benedict (God) Cumberbatch — is at it.Read what he's been voicing his thoughts about below. 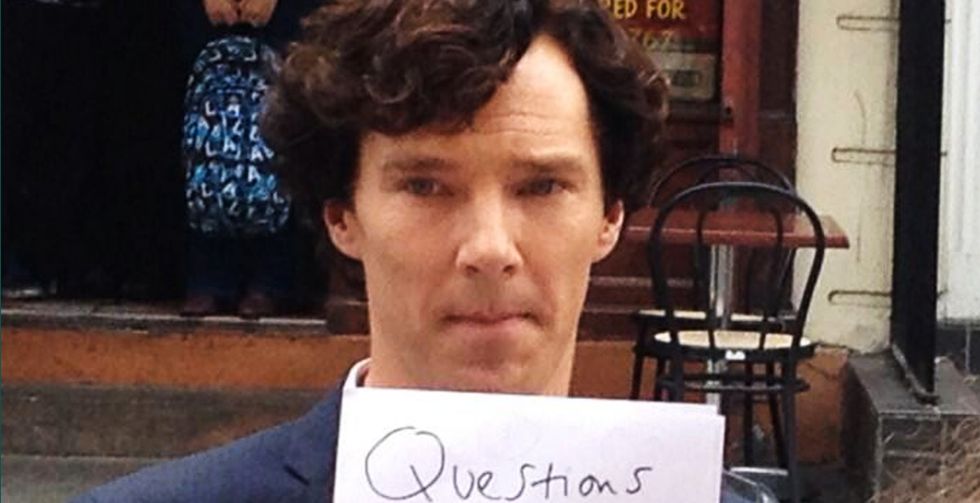 Last week, dressed in a fully zipped hooded jacket, he sent this message to photographers:

This week, he took his message even further, holding up more paper signs that attacked the UK government over its abuse of civil liberties.

He approached a group of photographers holding a paper addressed to British Prime Minister David Cameron that read: "Questions we have a right to ask in a democracy."

Here, one tweeter tells us the story as it happens.

Here's what was written on that paper:

Here the tweeter continues to decipher what the bits of papers say.

And when he finished off his political statement, he returned to filming "Sherlock."

Oh look, British actor Martin Freeman joins him at the end as they continue filming.