Watch LGBTQ couples explain why they got married right after the Orlando tragedy. 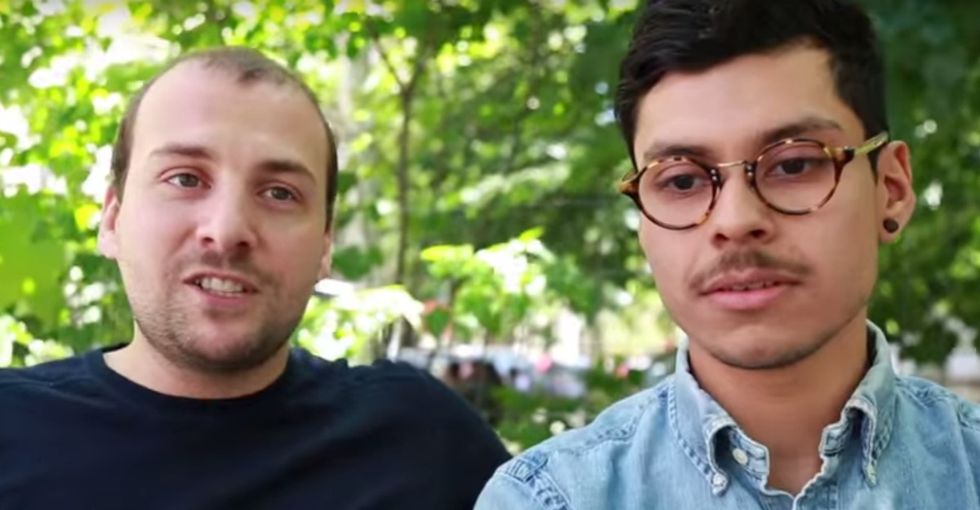 Many of us hugged our loved ones a little bit tighter on June 12, 2016. That was especially true for LGBTQ people.

After a gunman opened fire in a queer Orlando nightclub, we were reminded yet again that being part of the LGBTQ community still means living on the receiving end of discriminatory violence. That — even as we celebrate the one-year anniversary of national marriage equality — being LGBTQ can still mean being treated as less than.

Just ask Marko Jovanov and Mario Rodriguez, who tied the knot in NYC soon after 49 victims — many of them queer people of color — lost their lives in Orlando.

"It was important to still go through with our wedding, despite what happened," Jovanov explained to Upworthy.

Now, Jovanov and Rodriquez's marriage means something so much more.

"It is a sort of tribute to make sure that we are still visible, we are going on the way that we want to be," Jovanov said. "We're not afraid."

Watch Jovanov and Rodriguez and another same-sex couple explain in their own words why they decided to get married in the wake of tragedy: