This woman was fat-shamed on a flight. But her story has a happy ending. 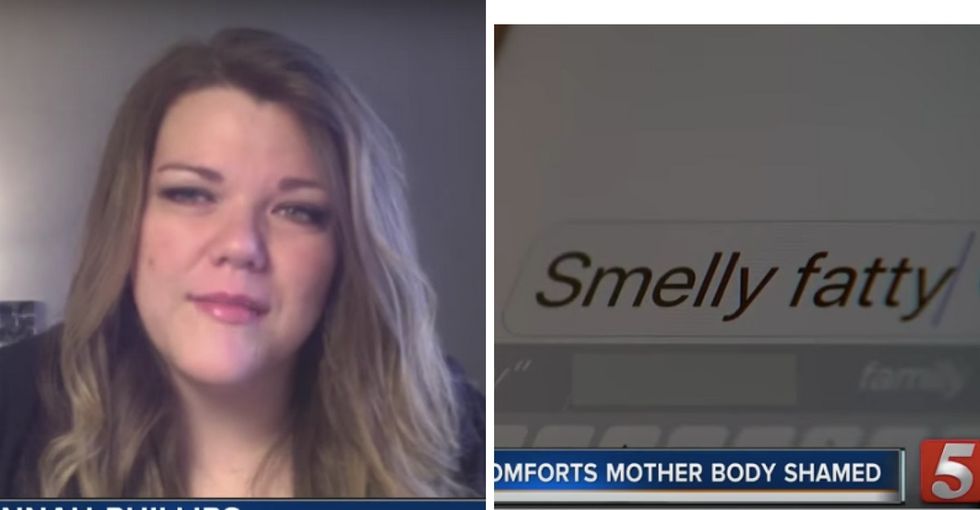 On May 14, one of Savannah Phillips' most dreaded flying fears came to life.

"I’m not the biggest person on the airplane, but I’m not the smallest," Phillips explained in a Facebook post. "My worst nightmare is someone being uncomfortable because they have to sit next to me."

Fearful of the harassment and even threats people with bigger bodies can face while flying, Phillips usually tries to buy a seat where she's not sitting next to another passenger.

But on a flight from Oklahoma to Chicago, Phillips was assigned a seat at the gate and wasn't able to sit alone. Unfortunately, the man who ended up next to her embodied the very worst.

"I can't believe this, I'm sitting next to a smelly fatty."

Those were the words the stranger, an older man who claimed to be a comedian, texted someone else — while sitting right next to Phillips on the plane. A setting on the man's phone enlarged the text, according to Phillips, and the screen's brightness was turned all the way up.

It was unmistakably about her.

"I don’t even know what the rest of his text said," she wrote in her post. "I turned my head away as fast as I could. I was shocked and it was like confirmation of the negative things I think about myself on a daily basis."

"Before I knew it, I could feel hot, salty tears coming down my face. I sat and cried silently, hoping this guy didn’t try to make small talk, because I didn’t trust how I would react and I didn’t want to get kicked off the plane. I was so hurt. The pilot came over head and said there would be a 30-minute delay before he could take off — great. Just more time I would have to sit next to this creep."

Fortunately, that's when things took a turn for the (much, much) better.

Fellow passenger Chase Irwin sitting nearby had spotted the incredibly hurtful text and decided to step in.

He couldn't believe what he was witnessing.

"I actually got really sick to my stomach," Irwin explained to News Channel 5.

Irwin tapped the "comedian" on the shoulder and demanded he change seats with him, according to Phillips. The "comedian" agreed to switch, but then asked why.

Irwin did not hold back. "I said, 'because you're a heartless person,'" Irwin recalled. "I read your text, and the girl next to you crying also read your text. And you should really take into consideration other people's feelings.'"

I am only sharing this story of what happened to me today in hopes that the person who stuck up for me will somehow be...

Phillips and Irwin got along great, chatting about their families and jobs on the flight to Chicago. The flight attendant, who learned about what happened, kept trying to give Irwin free drinks and said that he was her hero, according to Phillips.

Fortunately, Phillips' story had a happy ending. But for passengers with bigger bodies, that's not always the case.

"Flying while fat" can truly be a daunting affair. There's the staring, the rude comments — not to mention navigating a patchwork of guidelines that complicate purchasing a ticket for an increasingly small seat on a plane.

But as Irwin showed, employing some basic empathy for your fellow passengers can go a long way. We should all keep that in mind when we travel.