This Time Person of the Year shares 3 ways the Girl Scouts helped her become a woman. 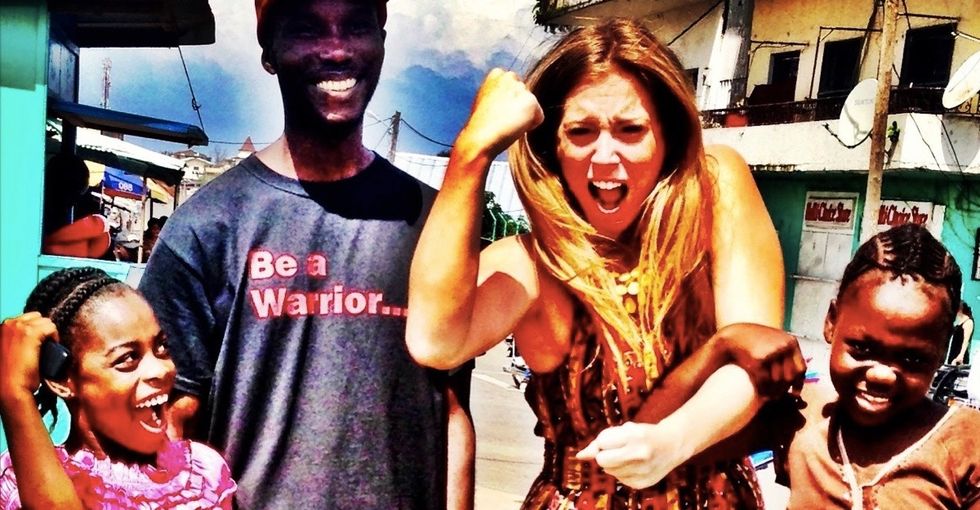 Katie Meyler had an unusual journey from her childhood in New Jersey to the pages of Time magazine.

All photos provided by Katie Meyler, used with permission.

Meyler moved to Liberia in 2006 to help young girls get the education they need to succeed in life. In doing so, she founded a non-profit organization called More Than Me, and after winning a $1 million award, she opened the More Than Me Academy — the first tuition-free all-girls school in Liberia.

In 2014, she fought Ebola on the front lines by turning her school in Liberia into a safe house to provide food, water, shelter, and emotional support for the people who needed it.

Meyler's work saved many lives, and Time magazine named her a Person of the Year in 2014 because of it.

But if you're looking for some Ivy League education or prestigious internships as the drivers of her success, keep guessing.

Meyler would be the first to tell you that it all started when she was a Girl Scout.

1. Service to others is great.

Parents can do an amazing job of teaching kids to be selfless, but there's something powerful that occurs when you're doing it in the presence of your peers.

Meyler remembers when her troop volunteered at a senior citizens center. They would visit with the residents to play games, sing songs, and provide laughter. That's when it hit her: Giving is actually better than receiving. Even science will tell you that's true.

"What I learned is that serving others ultimately served me," Meyler told Upworthy. "I felt great doing it, and the Girl Scouts is rooted in service to others."

That helped lay the foundation for her to serve others on a larger scale as she currently is in Liberia.

Meyler is a gamechanger for little girls in Liberia.

Meyler didn't grow up wealthy. As a matter of fact, she was always made aware of the fact that she didn't have as much as the other kids in her neighborhood while she grew up. That made her feel left out and isolated, but thankfully something came along to save the day.

"It didn't matter who had what because we shared the common bond of being Girl Scouts," Meyler said. "It was our safe, all-girl space. At that time in my life, I needed that."

Unlike sports, where the talent isn't always evenly divided, Girl Scouts provides an environment where everyone is on an equal playing field, and that meant a lot to her.

Meyler believes that girls need a safe space where they can truly be themselves, and Girl Scouts provides that.

That safe space gave her the confidence to know she could do anything and overcome her fear of failing. For that, she will always be thankful.

As a young Girl Scout, Meyler tried new things that freaked her out — like camping. There were times as a youngster when she thought about quitting, but she pushed forward anyway. That never-say-never mentality stayed with her to adulthood, when she encountered her biggest challenge to date: launching More Than Me.

"That skill set is invaluable," Meyler said. "But as I learned in the Girl Scouts, if I surrounded myself with the right team and tackled projects piece by piece, the impossible would become possible."

The work Meyler is doing in Liberia is a huge undertaking, but the Girl Scouts gave her the skill set to handle it.

"Katie's journey is an example of our core mission," Patricia said. "She's encouraging girls to have the confidence and courage to make an impact in their communities and in the world."

When it comes to empowering young women, the Girl Scouts have proven to do it as well as anyone. Big props to Meyler for recognizing how it all started for her.