This Dallas restaurant is a favorite among foodies. The secret sauce? Its unique staff.

'I was betting my entire career on taking kids out of jail and teaching ‘em to play with knives and fire.' 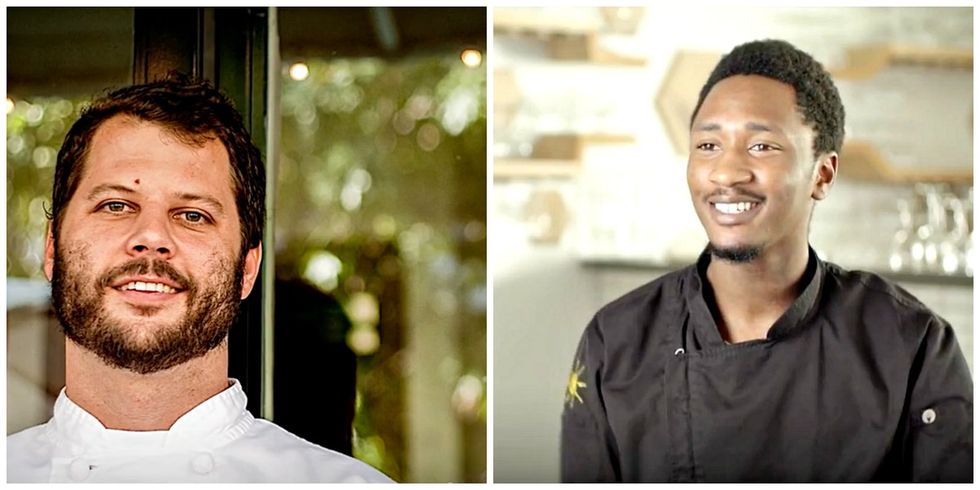 Before 18-year-old Dayton Swift was cooking at one of the hottest restaurants in Dallas, he was in a juvenile detention facility.

Swift became homeless at the age of 15, and as a result, he started to commit felonies — a common pattern for people trying to get off the streets.

"I had to steal. I had to kick into people’s houses," Swift recalls. "I then got up to points where I had to rob people."

Sure enough, he wound up in juvenile detention along with a number of other adolescents who found themselves in the same cycle. However, thanks to chef Chad Houser and his restaurant Café Momentum, Swift was given a chance to escape that cycle through a passion he didn't even know he had.

Dayton Swift at Café Momentum. All photos provided by Starbucks.

Café Momentum is both a restaurant and culinary training facility for former juvenile offenders.

Houser, who now owns Momentum, was once co-owner of the popular Parigi Restaurant and winning a number of accolades when an experience at a juvenile facility took him in an entirely new culinary direction.

He was there teaching the kids how to make ice cream for an upcoming ice cream competition, and he immediately recognized incredible talent in one of them. Simultaneously, he realized that when the boy was released, he'd be heading back to the same neighborhood that had led him to a life of crime.

Houser decided to pivot his successful cooking career toward an endeavor that would give juvenile offenders a shot at living a better life.

"I was betting my entire career on taking kids out of jail and teaching ‘em to play with knives and fire," Houser jokes.

The 12-month internship program not only teaches former juvenile offenders how to work in a restaurant, it offers mentorship, job, and life-skill training. It also provides them with an encouraging environment while they're readjusting to life outside a juvenile facility. For Swift, that's one of the best aspects of Momentum.

"It’s a family. I feel like I have the worst day and I can come in here and be crying and like broken down to tears, and they can help me and lift me up," Swift says.

Swift in the restaurant.

The restaurant began as a series of pop-up dinners in 2012 and finally put down brick-and-mortar roots in 2015. It's been a hit with the food-obsessed Dallas clientele ever since.

Beyond making good food, the restaurant is providing stability for its students and keeping them from reoffending.

One of the interns at Café Momentum

While a large percentage of juvenile offenders in Texas wind up in jail, Café Momentum's reduced the rate for its interns to 15%. It just goes to show how life-changing the offer of a different path can be.

Obviously it's made all the difference to Swift.

"I started realizing, like, dang — I love this," Swift says. "Even though I get burns and grease marks from all the cooking, I just love. I love it."

Success stories like Swift's are why Houser believes Momentum's mission could have a lasting effect on Dallas as a whole.

"We have kids who aren’t just providing stabilization for themselves but for their entire household. That’s breaking generational cycles, which becomes transformative for our community and our society."

He’s teaching these young people skills that will make them want to stay out of juvenile detention.