This artist says girls' sports matter, and she's putting her money where her mouth is. 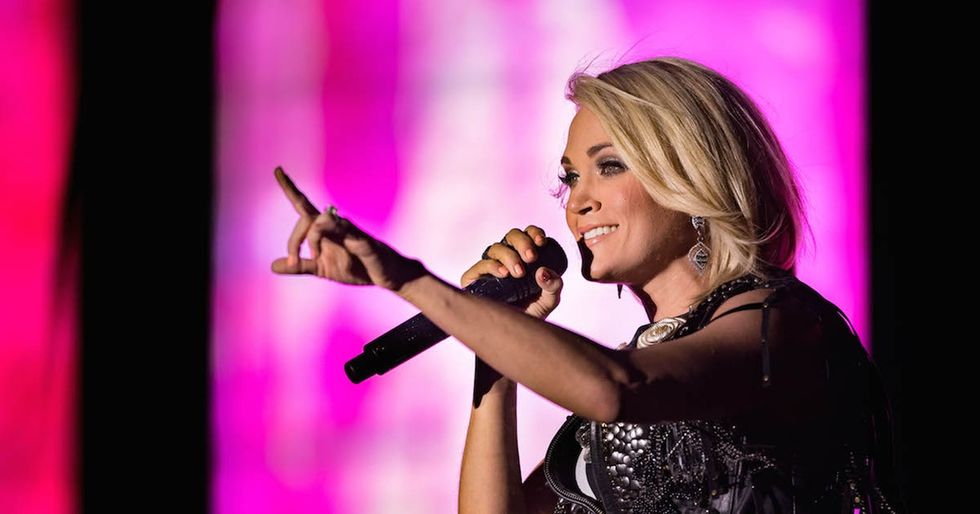 All over the country, girls' sports teams are relying on the website DonorsChoose to raise enough money to keep their programs going.

But there's good news: Thousands of young girls are about to be "Blown Away" by the generosity of one of country music's biggest stars.

Carrie Underwood recently announced she would shell out over $200,000 toward these fundraising efforts.

She teamed up with Dick's Sporting Goods to fully fund all of the girls' sports causes posted to the site this May.

"Sports were a big part of my life growing up," the pop and country singer (and seven-time Grammy winner!) said in a press release. "So it's important to me that girls across the country have an opportunity to play."

The money is expected to fund about 100 programs across the country and should go a long way toward buying uniforms, equipment, and transportation.

The money will no doubt make a big difference. But the message behind the donation might be even more powerful.

Female athletes all over the world are fighting tooth and nail to be taken seriously, to be paid fairly for their performance, and to get the same kinds of resources and support as their male counterparts — not to mention the same amount of respect.

It's imperative we send a message to young girls that sports are for them. After all, participation in sports has been shown to grow skills like teamwork, leadership, and work ethic.

It's awesome to see Underwood using her platform to spread the message. No doubt she believes playing sports as a young girl helped turn her into the success she is today.

Disclaimer: GOOD, which is part of GOOD Worldwide along with Upworthy, has a sponsorship relationship with Dick's Sporting Goods, but we were not paid in any way for this story. (We'll always be up front with you when we are.)