Think voting is for chumps? You might be interested in this system that some states are trying out. 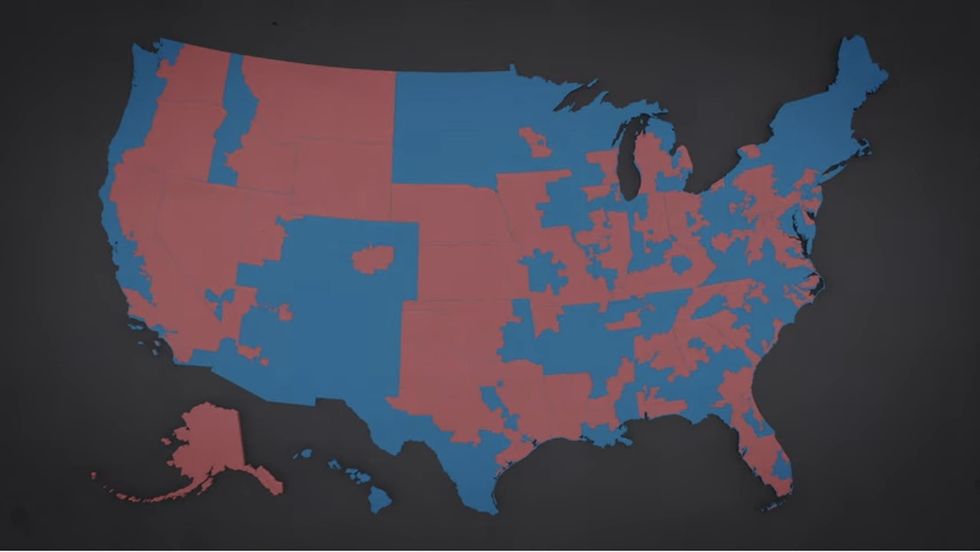 Elections in almost all states in our country come down to primaries, where the candidate who actually makes it onto the final ticket is chosen by a small percentage of people.

In fact, in some states, you actually have to register for a specific party in order to vote in the primaries for given candidates.

In other words, if you want to vote in the primaries for Party X, you have to be registered as a Party Xer. Even if you don't agree with them.

That big yellow block of voters in the middle of the graphic above? Those are independent voters, which — per October 2015 Gallup Poll results — make up close to 42% of Americans. They often don't even get to participate in the primary, unless they register as one of the other parties. Ahem.

In fact, 50% of millennials don't register for either party. Hmmm...

An alternative? Let everybody vote in all primaries (also known as "open" or "top-two" primaries).

This means that the two people with the most votes advance from the primary to be on the general election ballot regardless of their party affiliations.

Guess what happens when you do that? Those party divisions and interparty conflicts as well as making the “other" party out to be all bad all the time — all of that goes away.

And — this is key — in order to be on the ballot, you have to appeal to all voters, not just those of a particular party.

Americans are unhappy with partisan politics and would love to be voting for people who will represent all voters, not just by party.

Three states and most municipalities use a nonpartisan election using the top-two primary system. California and Washington use it for all races except presidential, and Nebraska uses it for state and local races. And some other states have primary systems that allow independents to vote in a limited capacity.

What happens then is that elections become more competitive, and legislators have to work across party lines.

This way, it sounds like the American people win, doesn't it?

If you want to find out more, there's a growing movement to change this in every state and the national elections as well. The two-minute video below from Open Primaries gets into that, and it seems really appealing. Check it out: