These young men are being hailed as heroes for saving six lives in an apartment fire. 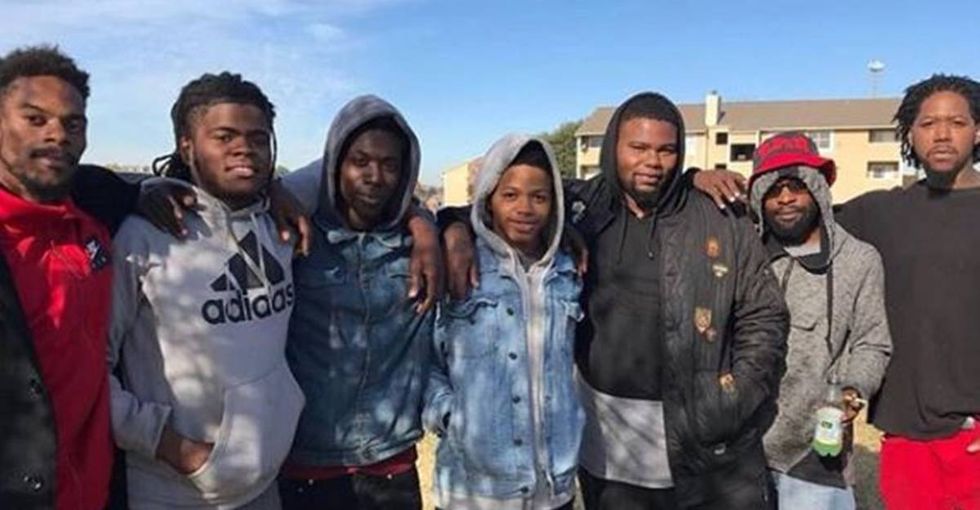 A group of young men in Dallas, Texas are being hailed as heroes after helping six people, including a one-year-old baby, escape a devastating apartment fire.

When the fire began just before 7 am on November 21, second-floor resident Charlie Wilson sounded the alarm by banging on doors and waking up sleeping residents.

First-floor resident Jerrell Worthy, who had just moved into the building a few weeks before the blaze, got some residents together to help her move her new mattress outside to help rescue the residents on the upper floors.

“I hollered for a guy to help me drag my one big mattress out for the people to jump down on,” she told Dallas News. “I had just got that big, thick mattress, but I was glad to get it used that way.”

Bryan Campbell, 21, happened to be driving by the building when he noticed the fire, so he rushed over to help. He noticed Shuntara Thomas calling down to him from the third-floor window with her baby in her arms.

“The young mother was holding her baby and yelling, ‘Can somebody catch my baby?’” Campbell told Dallas News. “I just said, ‘Trust me, I'll catch her!’ My first reaction was ‘Don't let this baby hit the ground.'"

Then Thomas dropped the baby out of the window.

“I didn’t want my daughter to lose her life,” Thomas told the KXAS news channel. “He told me: ‘Just trust me. I got her, I got her.’ So, without even thinking, I just dropped her.”

“Throwing my baby out to a complete stranger... Without him my child’s life would not have been saved,” she said.

After the baby was safely rescued, the good Samaritans helped five more residents on the third floor jump to safety with the aid of Worthy’s mattress.

“Everybody held the mattresses on both sides and we told everybody just aim for the mattresses,” Darren Hicks, a man visiting friends who helped with the rescue, said.

Although the building had to be bulldozed and many residents lost their possessions, everyone in the 24 units escaped. Two residents and one firefighter were taken to the hospital with non-life-threatening injuries.

After the fire was put out, the Dallas Fire Department declared the young men heroes.

@DallasFireRes_q has extinguished the fire on Ferguson Rd, but the real heroes did their work before hand, as civil… https://t.co/jP6afynINh
— DALLAS FIRE-RESCUE (@DALLAS FIRE-RESCUE)1542815148.0