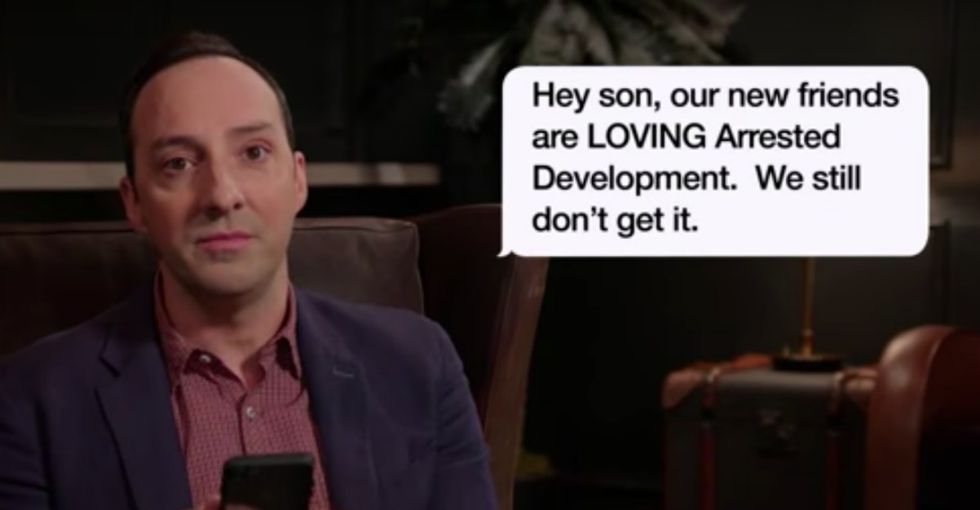 In honor of Mother's Day, Jimmy Kimmel asked celebrities to read very real texts from their own moms:

It did not disappoint.

Anna Faris' mom, for instance, said she believes her daughter is the greatest actress of her generation but also needs Faris to remember to wear sunscreen.

Then there's Jack McBrayer. He sends his mom a Christmas ornament for the tree every holiday season. But after receiving the last one, she had quite the morbid response.

"Thank you, Jack. Hope you live long enough to see it in person."

Kristen Bell's mom asked her daughter for insider information on who was going to take home Academy Awards.

Because Oscar hosts can just pass out that information like candy apparently.

Tony Hale's mom was supportive but also candid about her complete failure to keep up with her son's on-screen storylines.

Will Forte's mom enjoyed sending her son a series of duck emojis.

Literally that was it.

Anthony Anderson's mom had a straightforward (if not unusual) demand of her son for Mother's Day: a room in Vegas. Now.

As any mom should!

OK, so some (most?) moms aren't experts at texting.

If you're celebrating a mom in your life who has gone above and beyond this Mother's Day, make sure to text — or maybe pick up the phone and actually call — to express how much they mean to you.