There's now a campaign to add 13 more women emojis. Here's why it matters. 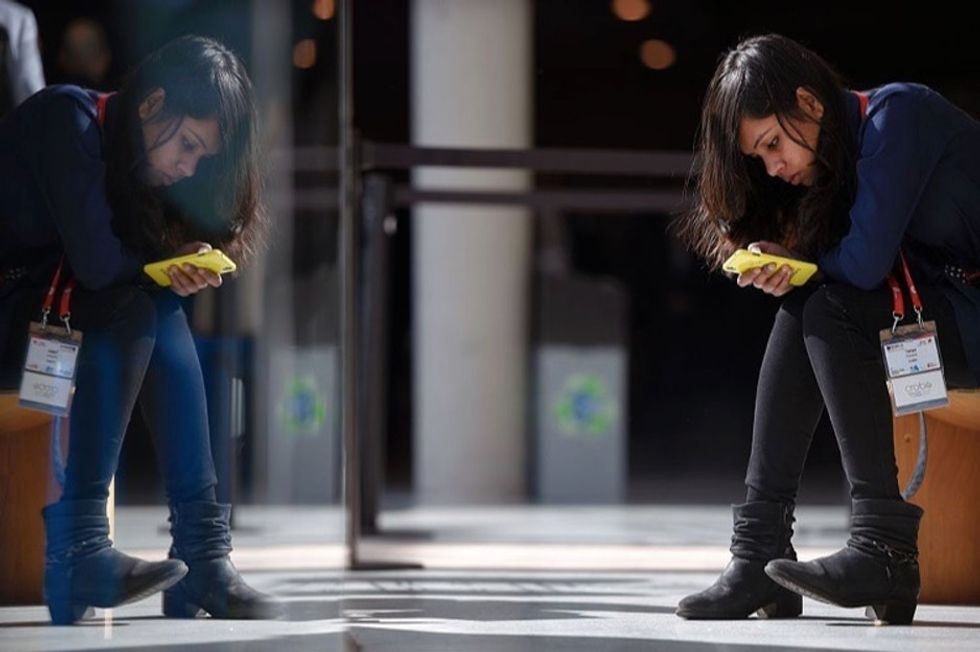 They're so useful and versatile! You can use them to react perfectly to almost any situation, cryptically label a Venmo payment, and even rap the entirety of a Kanye West song.

They're fun, adorable, and still relevant, despite parents everywhere overusing the :poop-emoji: out of them.

Emojis are used to symbolize ideas, objects, places, and, of course, people. But it's people that emojis aren't always the best at representing.

Despite several inclusive expansions to the basic emoji library, one gap has stubbornly remained: emojis for women.

More specifically, emojis for women who want to be depicted as more than a bride, a princess, a flamenco dancer, or twin Playboy bunnies.

There's also an emoji of a woman with her hand raised next to her face like she's carrying an invisible cocktail tray. I was never quite sure what was up with her, but a quick search in the Emojipedia (because that's a thing) shows that her official name is Information Desk Person. So ... she's a secretary.

While those emojis are very useful for brides, princesses, flamenco dancers, Playboy bunnies, and information desk people, there's a lot of women out there who aren't those things and therefore aren't represented on the emoji keyboard.

Men on the other hand get to be police officers, (napping?) construction workers, royal guardsmen, detectives, Santa Clauses, and Tom Selleck. Not to mention, and I promise I am not making this up: There's even an emoji for the niche audience of levitating businessmen. Regardless, when it comes to emoji, men have options.

The lack of female representation in emojis is not a new observation, either.

Just two months ago, Always created a campaign highlighting the need for more girl-powered emojis, and people have been pointing out the specific lack of professional women in emojis for a while.

Now though, something is actually being done about it.

Google has handed in an official bid to add more professional women to the list of official emojis.

The 10 page proposal would add 13 emojis for different careers, including a doctor, a scientist, a mechanic, and a college graduate.

"No matter where you look, women are gaining visibility and recognition as never before," says Google. "Isn’t it time that emoji also reflect the reality that women play a key role in every walk of life and in every profession?"

Google also noted that, when you consider that women are the most frequent users of emojis, it's ludicrous to think that they're still so underrepresented.

Yes, emoji are just little cartoon faces. But this matters because people are exposed to emojis at younger and younger ages.

Texting is the primary method of communication amongst young people. That means more and more young women and men are scrolling through emojis and only seeing women depicted as princesses and secretaries.

Whether you believe it or not, that sends a message.

Consider the gender gap in STEM jobs, for example. Or the lack of female CEOs. Wouldn't it be great if girls saw images of themselves as scientists, engineers, and businesswomen within their primary method of communication? Wouldn't it be great if boys grew up seeing women depicted as their equals and not just their secretaries and wives?

Sure it's a small step in a huge problem, but it could be a really important one. Representation matters, and we use those little cartoon faces to represent ourselves all the time. It's only right that they represent all of us.