The real reason behind the FBI's encryption battle with Apple. 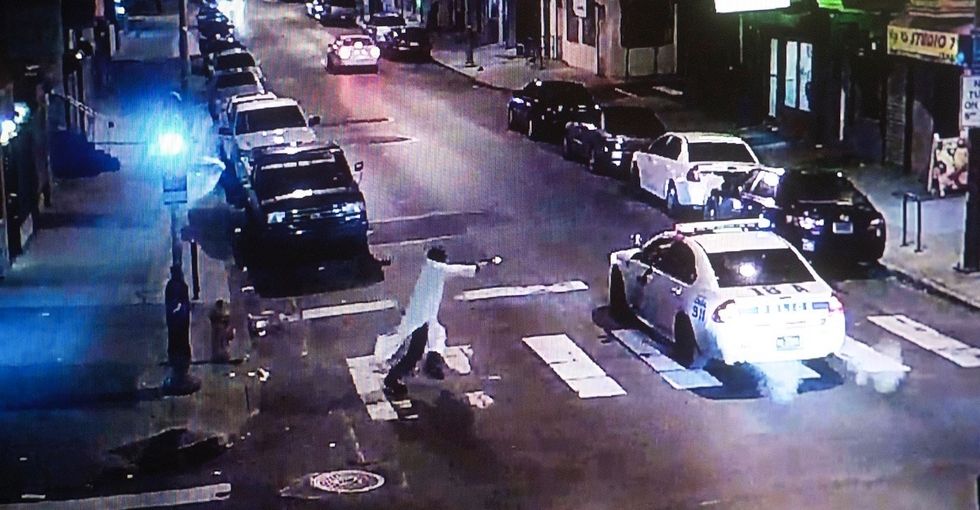 The FBI recently pressured Apple into creating a special iPhone security override for them — and Apple very politely told them to screw off.

The TL;DR version is that the FBI is having trouble breaking into the iPhone formerly belonging to Syed Farook, one of the shooters involved in the tragic massacre in San Bernardino, California. Apple agreed to help ... but the FBI took this a step further and obtained a court order for Apple to provide a way to bypass several security features on the phone without erasing its data. Apple claims this would involve creating a new version of iOS (which some have dubbed "FBiOS") with a back door that has serious privacy and security implications.

It's not that Apple can't do what the FBI is asking of them; it's that they shouldn't. The company did cooperate by providing the data that was already in their possession. But they were less comfortable with the potential slippery slope of the FBI's override request and the precedent that kind of government overreach would establish for the future.

Apple CEO Tim Cook told the feds as much.

"You want master access to every Apple device? Nah-uh. Not on my watch, pal." Photo by Astrid Stawiarz/Stringer/Getty Images.

Regardless of how you feel about the FBI's request, you have to wonder: Why is this only coming up now?

While the iPhone itself has been around since 2007, this specific issue has to do with the new encryption policies Apple introduced with iOS 8 in 2014. "Apple cannot bypass your passcode and therefore cannot access [your personal] data," the company said at the time. "So it's not technically feasible for us to respond to government warrants for the extraction of this data from devices in their possession running iOS 8."

And the FBI wasn't happy about it back then, either. As FBI Director James Comey said after Apple's encryption started catching on, "This disconnect has created a significant public safety problem. ... Uploading to the cloud doesn't include all of the stored data on a bad guy's phone, which has the potential to create a black hole for law enforcement."

Since then, the FBI has tried repeatedly to inch Apple toward their big ask.

This all came to a head in fall of 2015, when the Justice Department asked for Apple's help to crack the iPhone (running iOS 7) of a drug dealer named Jun Feng.

"Apple has repeatedly assisted law enforcement officers in federal criminal cases by extracting data from passcode-locked iPhones pursuant to court orders," the government argued. "Apple has acknowledged that it has the technical capability to do so again in this case."

It's a classic method of manipulation. "Just one more tiny favor, that's all! Just this once!"

This time, it was a drug dealer; but next time, it could just be a kid who illegally downloaded the new Kanye record.

So Apple drew a line in the sand.

Then the San Bernardino shooting happened.

On one hand, it was the highest death toll since the Sandy Hook Elementary School massacre three years prior, and an absolute tragedy.

But mass shootings aren't hard to come by in this country, even if there is some debate about what exactly qualifies as a "mass shooting."

There was Dylann Roof, for example, the radical white supremacist who killed nine people at a historic black church in South Carolina. There was Robert Lewis Dear, an anti-abortion radical who killed three people, including a university police officer, and injured nine more at a Planned Parenthood in Colorado.

Elliot Rodger was spurred on by radical misogyny and killed six people and wounded seven others in Isla Vista, California.

And who can forget Wade Michael Page, another radical white supremacist who killed six people at a Sikh temple in Oak Creek, Wisconsin? Or Jared Loughner, whose radical right-wing anti-government ideology led him to kill six people and injure 11 more, including a Congresswoman, at a supermarket in Tucson, Arizona?

The difference between these and the San Bernardino shootings? Syed Farook represents a unique opportunity for the FBI that the other shooters didn't.

In case you didn't notice the pattern: the majority of mass shooters in the United States are white extremists.

And the people who were allegedly responsible for the San Bernardino massacre? They were Muslims.

So why did the FBI decide that it was finally the right time to ask for that super-special secret master key that they've been after for years?

Because Islamophobia is on the rise, which makes it easier for them to get the unrestricted access they've been after so they can use it in the future whenever they want, regardless of the "who" or the "why."

So while Apple should be applauded for standing up to the FBI and defending our right to privacy, there's another deeply concerning issue lurking in the foreground.

As the face of the anti-surveillance movement said himself:

We know the U.S. government already spends a lot of time and resources spying on Muslims, even without an Apple master key. They do the same to "black extremists" and other left-wing "radical" movements such as Occupy as well.

And for the $500 million spent for every victim of terrorism, 90% of those caught up in this snooping are normal people like you and me.

The government's desire to compromise the privacy of its people under the auspices of "safety" is incredibly dangerous.

Let's refuse to perpetuate the racial fears that make this kind of subtle attack on our privacy possible.