The New York MTA angered a bank by taking down its subway ads. But the bank makes a better point. 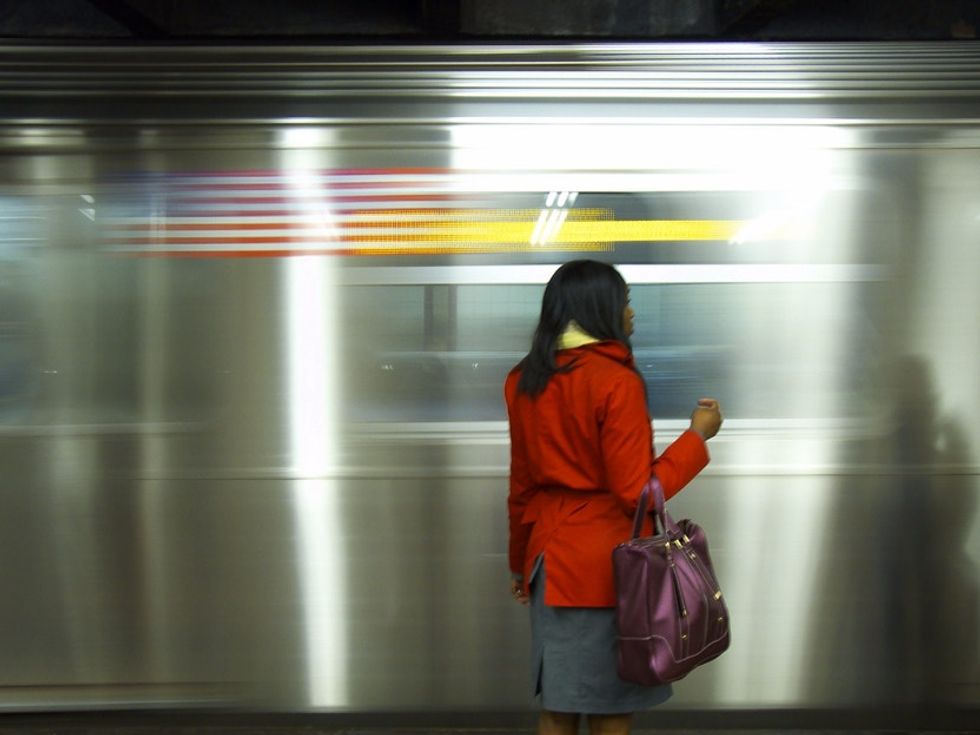 Advertisers have gotten a bad rap for ignoring people's best interests, and banks have been among the worst.

They spend huge sums of money on ads touting what are often enough raw deals. So when I heard the New York Metropolitan Transportation Authority (MTA) was taking down hundreds of ads by a bank, I was instinctively excited.

But then I saw the ad:

This wasn't a typical advertiser. They weren't luring people into predatory products. They were promoting good.

"#RaiseTheWage" on a banking ad? A bank supporting a policy that doesn't just enrich the rich? I could imagine the rider response being a blend of joy and bewilderment. Of course, I came to learn that the advertiser was no ordinary bank.

Photo by The All-Nite Images/Flickr.

According to its website, Amalgamated Bank is the largest majority union-owned bank in the country, and for nearly 100 years, they've catered to people and institutions "fighting for social and economic justice."

To the bank's dismay, the MTA withdrew the ad buy because they want the transit system to be politics-free.

An MTA spokesperson said their ad buyer "erroneously" approved the six-figure deal for 1,260 ads placed in subway stations and train cars. He explained that the ads were in violation of their viewpoint-neutral policy.

Amalgamated Bank head Keith Mestrich had this to say:

"It's outrageous that the MTA would ban an ad that promotes giving New Yorkers a living wage. The #RaiseTheWage‬ campaign is not about politics, it's about giving the people of New York a fighting chance and Amalgamated Bank is very proud to support and promote this important campaign."

We could grant the MTA benefit of the doubt, but they don't exactly deserve it.

The agency has been called out before for their selective enforcement of the policy.

A judge ruled against the MTA when they tried to remove ads promoting a new comedy documentary called "The Muslims Are Coming," without ever having batted an eye at CNN ads for the Republican presidential debate.

It's sad that in tough times, speaking up for working people can be conflated with politics instead of patriotism.

And it's astonishing that when a business involved in an industry notorious for exploiting people wants to sing a different and more positive tune, a worker- and taxpayer-funded agency, like the MTA, can be so quick to hit the mute button.

If the MTA really wants to be viewpoint-neutral, then they should be clear about the rules and consistent with enforcement. In other words...