A teenager having a seizure in the UK was saved by an online gamer 5,000 miles away in Texas 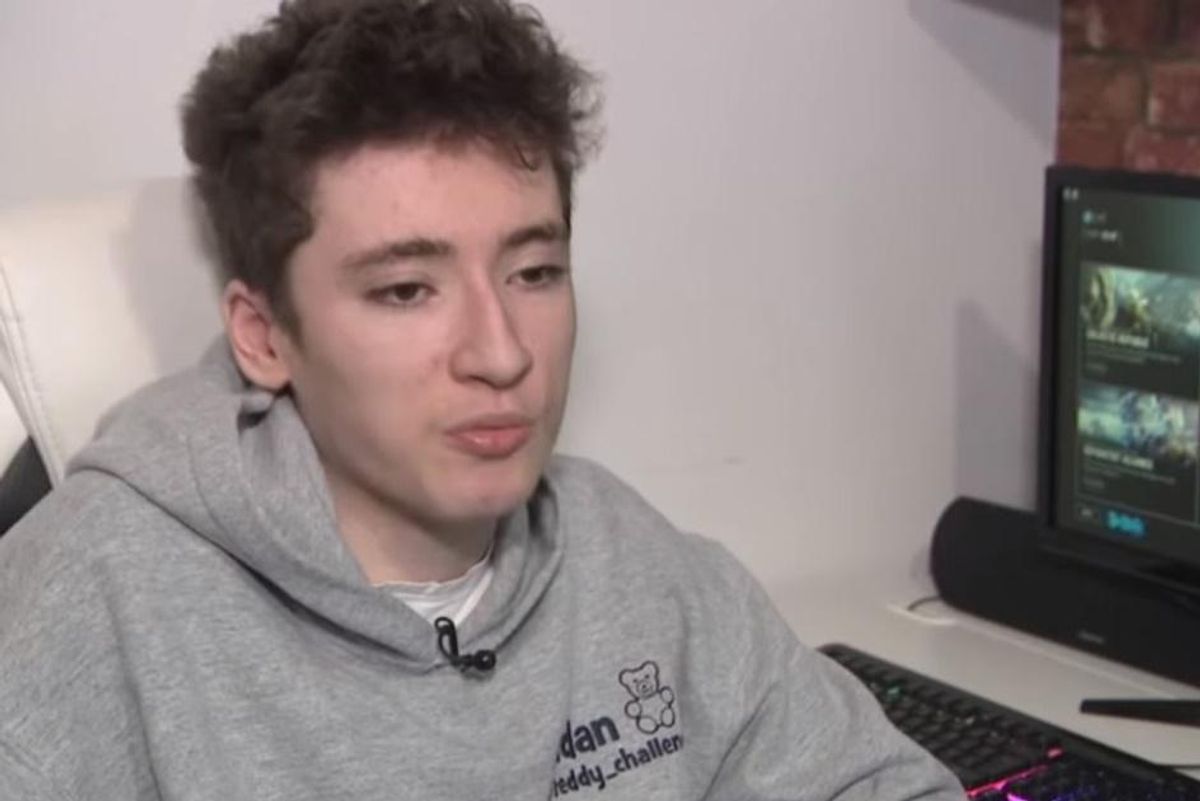 An unusual story out of England shows just how interconnected the world is in 2020.

On January 2, 17-year-old Aidan Jackson of Widnes, England, just outside of Liverpool, was chatting and playing an online game with his friend, Dia Lathora, from Texas. Aidan was alone in his bedroom upstairs, while his parents were on the first floor watching television.

Aidan is a student studying graphics and photography with a recent history of seizures. At around 9 pm that night, Aidan began making sounds that didn't sound right to Dia.

"I just put my headset back on and I heard what I could only describe as a seizure, so obviously I started to get worried and immediately started asking what was going on and if he was OK," Dia told the Liverpool Echo.

Dia knew Aidan's address but didn't have his phone number so there was no way he could reach his parents.

"When he didn't respond I instantly started to look up the emergency number for the EU," Dia said. "When that didn't work I just had to hope the non-emergency would work, it had an option for talking to a real person...and I can't tell you how quickly I clicked that button."

This emergency call was made after 17-year-old Aidan Jackson suffered a seizure while chatting online to his friend… https://t.co/zuFXmlhwgd
— BBC North West (@BBC North West)1578681378.0

Aidan's parents were completely shocked when at 9:40 pm, two police cars pulled up to their home and officers marched up to their door.

"I assumed they were in the area for another reason and then they ran up to the front door," Aidan's mother, Caroline Jackson, said.

"They said there was an unresponsive male at the address. We said we hadn't called anyone and they said a call had come from America," she continued. "I immediately went to check on Aidan and found him extremely disorientated."

Dia had stayed online with Aidan while he was unresponsive and was relieved when she heard his mother talking to him in his room.

"The most surreal thing was hearing his mum come upstairs with the medical team, hearing them talk to him, asking if he's doing OK, saying that I had just called them saying he had a seizure," Dia said.

Aidan was rushed to the hospital where he was treated for the seizure. Aidan is home now and his family looks forward to his next doctor's appointment when they will learn more about his recent seizures. "Aidan is a lot better and hopefully everything is OK when he has his appointment at the hospital but he's doing well," his mother said.

His family is very grateful for Dia's decision to spring into action to help her friend across the pond.

"We are extremely thankful for what Dia did and shocked that we could be downstairs and not know anything was happening," Caroline added. "I've spoken to her and expressed our thanks — she's just glad she could help.