At 8 years old, her parents told her to hide who she was. Here's why she didn't listen. 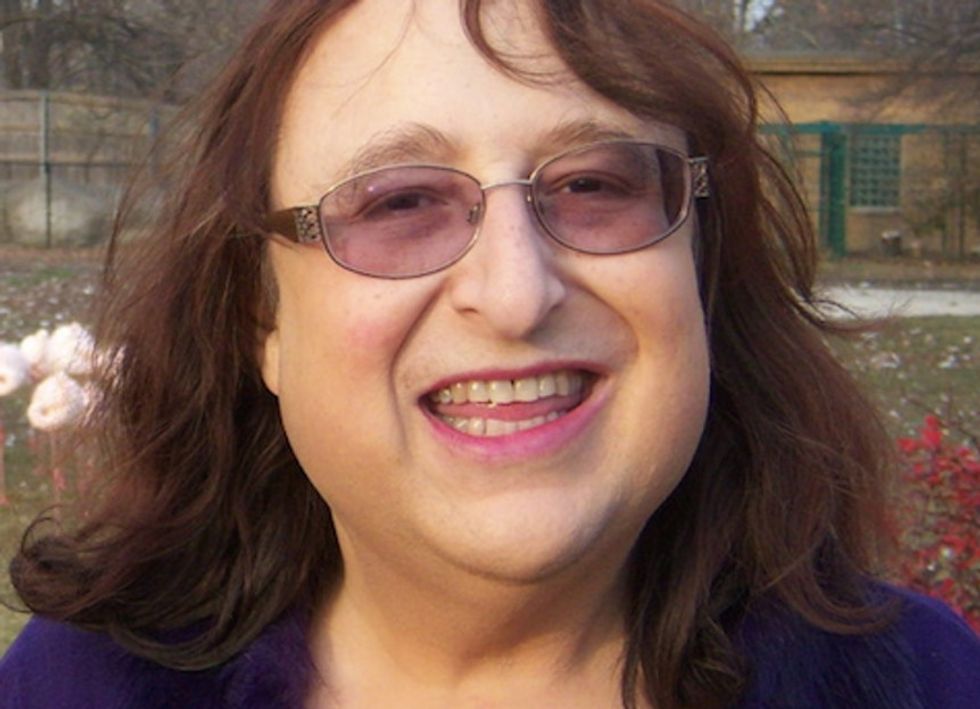 If you met Rachel Crandall-Crocker today, it would be hard to believe there was a time when this outspoken transgender activist was afraid to raise her voice.

But in 1966, eight-year-old Rachel was terrified to speak her truth. That’s because, even at a young age, Rachel understood that coming out as transgender could be dangerous.

Back then, society was even more hostile towards trans people, and there were very few (if any) resources for the transgender community — especially in Michigan, where Rachel grew up.

At first, Rachel was hopeful that her parents might accept her. But their response was devastating.

“Their reaction was, ‘I never want you to say that out loud ever again,’” Rachel told a crowd in Grand Rapids last April. They told her that being transgender was one of the worst and “dirtiest” things a person could be, shattering her self-esteem for decades to come.

Faced with this stark reality, Rachel made a devastating choice: to keep herself safe, she stayed in the closet. And all the while, she held onto that first reaction from her parents and struggled with shame and self-hatred.

“A lot of [trans people] were so lonely, isolated,” she explained last April. “A lot of us were killing ourselves, honestly.”

But Rachel couldn’t hide from herself forever. As she got older, she started dressing like a woman in secret, testing the waters. And when she began leaving the house dressed this way, she finally realized she could no longer live a lie.

Rachel came out again in 1994, and she emerged not only as the woman she had been all along, but as an unstoppable advocate for her community.

She wanted to make the world better for others like her, who’d struggled in silence for too long.

That’s why, in 1997, she founded Transgender Michigan. She wanted to create an organization that empowered transgender people, and let them know they weren’t alone.

The organization has grown immensely since its founding. It offers trainings around gender diversity and education for cisgender and transgender people alike, with local chapters across the state bringing communities together. It also has a helpline for trans people — the very first in the United States — offering support for those in crisis.

In 2009, her organization even gained international recognition when Rachel founded Transgender Day of Visibility.

Up until that point, “Transgender Day of Remembrance” was one of the only days that trans people recognized, but it only honored trans people who had died. Rachel saw a need to create an event that also celebrated those who were living, bringing trans people together and inspiring hope.

Transgender Day of Visibility began with a simple Facebook post, but Rachel’s idea spread like wildfire, far beyond what she could have imagined. And now, the annual event is now celebrated worldwide, in countries as far away as Vietnam and Scotland. It marks a critical moment for trans people everywhere to honor the resilience of leaders like Rachel, while affirming for the next generation of trans youth that they aren’t alone.

At a time when transgender people had little support, Rachel stepped forward and blazed a trail.

Her accomplishments have felt even more meaningful to Rachel because, as someone with Tourette syndrome, she was often told she wouldn't achieve much in life.

So Rachel’s story is an important reminder that every one of us can make an impact.