She grew up appreciating her diverse heritage. Now she encourages others to do the same. 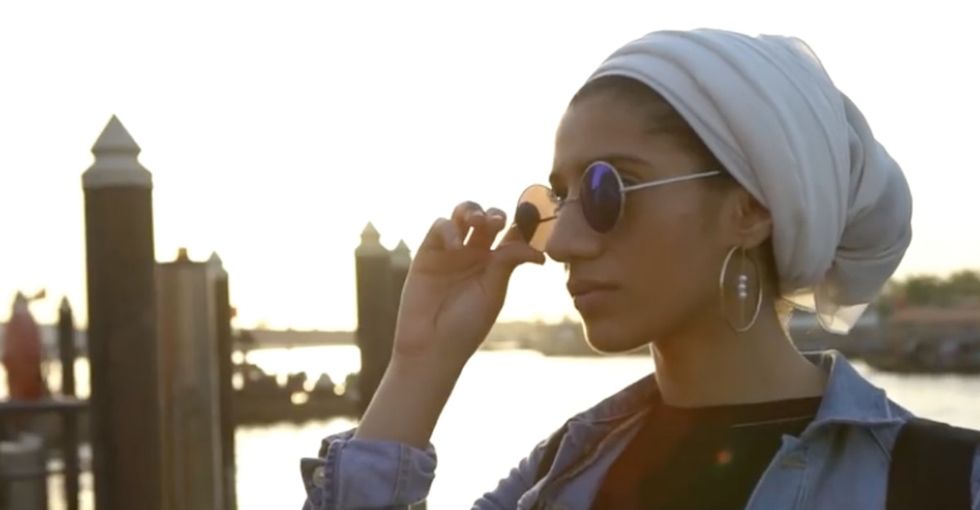 Maha AJ grew up proud of her Sudanese-Iraqi heritage. Her parents made sure of it.

From the time she was little, Maha Jaafar's (or Maha AJ as she’s known to her fans) family constantly wove her mixed cultural identity into her life. Her dad would show her maps of Sudan and teach her about her culture’s history and traditions, while her mom would show her how to make both Iraqi and Sudanese dishes.

"Mom always encouraged us to be proud of our Sudanese heritage without losing our Iraqi identity," she says in a YouTube video. “I never felt that I was lost between cultures. Instead, I always knew I belonged to both, but each in a different way.”

Growing up in the United Arab Emirates, Maha was exposed to many different cultures, which also helped mold her appreciation of diversity. “Living here, you have all types of nationalities all around you,” she says. “It’s very multicultural and there are people from all different countries, and everyone still holds onto their identity, so you can understand their culture.”

However, stereotypes and prejudices still persist there. Maha is on a mission to change that.

Despite growing up in a diverse country, she often felt judged by classmates who didn’t understand her mixed heritage. The question, “where are you from?” began to feel aggressive and limiting, because she felt people were trying to box her into a cultural stereotype.

So Maha set out to break through the misconceptions about her unique background by making videos that celebrate it.

She's is using her art and her platform to help "bridge the gap" between the cultures in her community. "Our diversity is what makes us richer, stronger, and more beautiful," she says, "and the world needs to see all that beauty."

It's also why Maha is one of YouTube's 47 Creators for Change Ambassadors— an initiative for YouTubers hoping to inspire awareness and empathy for diverse communities.

Launched in 2016, the YouTube Creators for Change program encourages and highlights creators who are tackling the social issues that impact them and their communities. The global initiative names Ambassadors from around the world who use their channels to promote inclusivity and diversity and drive social change. Each Ambassador receives grant money to put toward "social impact project" videos and to aid them in adding their voices to important initiatives and events around the globe.

Ambassadors also pay it forward by mentoring Fellows — up-and-coming creators who work with Ambassadors to help create a dialogue around social issues in their communities.

Maha's YouTube debut two years ago put her on Creators for Change's radar. Today, the 25-year-old dentist spends half her time fixing people’s teeth and half her time pursuing her passion for creating impactful videos.

Becoming a Creators for Change Ambassador has already had a big impact on Maha.

Thanks to the program, she's gotten to meet other YouTube creators who've inspired her, and has even become close friends with many of them.

“This has been one of the best experiences in my life,” she says, “because it’s made me feel ever supported and appreciated. It made me have a platform to reach more people and inspire more people, and it gave me a lot of motivation for myself to go forward with what I want.”

Maha says she wants to use her channel to share the positive things about her cultural heritage and to correct misconceptions and stereotypes, especially about Sudan. She also wants her videos to connect people and promote our shared humanity.

“My ultimate goal," she says,"is to make people understand that we’re all one, and there’s no need for hating on each other or not understanding each other, because at the end of the day we’re all humans.”

These global Ambassadors, like Maha, reach millions of people. Their messages have the potential to change the world.

As Maha says, anyone with a cell phone and/or internet can make connections with people and develop a platform for positive change.

As more and more young people find not just entertainment but heroes and idols in the YouTube space, it's heartening to know that there are awesome, real individuals doing conscious work to bring people together and promoting ideas and actions that will lead humanity to a better future for all.