She died in police custody. The same road where she was arrested is now named after her.

Sandra Bland wanted to change history; here's one way to be sure her death was not in vain. 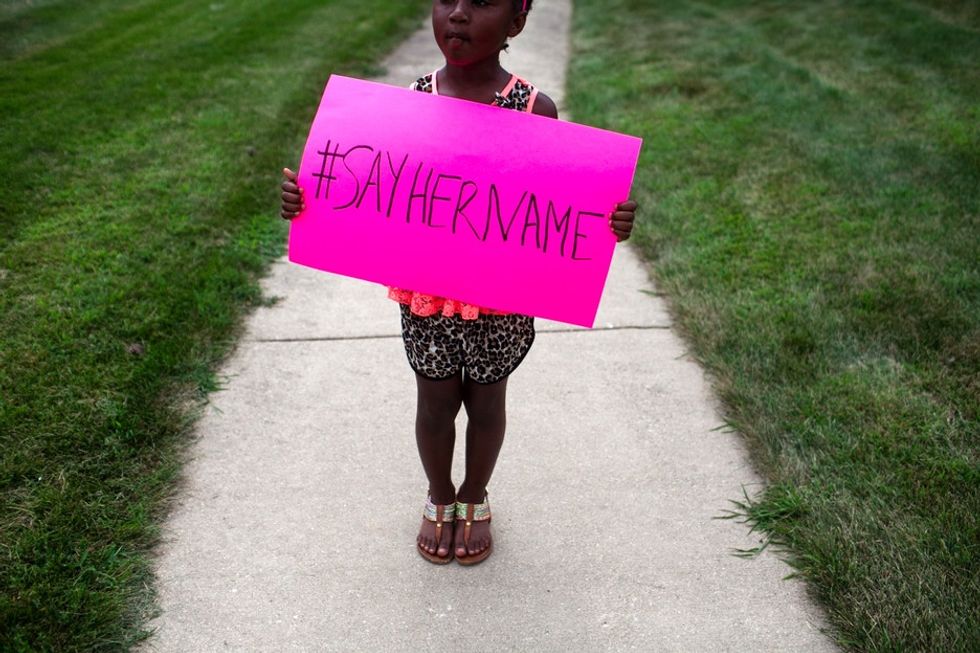 On July 10, 2015, Sandra Bland was pulled over on University Boulevard in Prairie View, Texas, for failing to use her blinker while changing lanes.

She had no way of knowing that moments later, a police officer would threaten to Taser her then forcefully arrest her in an encounter later determined to be excessive and unnecessary.

She had no way of knowing that her death in police custody would spark protests across America, led by activists calling for Americans to “Say her name!"

Now, Bland's name and the legacy she left behind is memorialized on the road that leads to her alma mater.

It's the same road where she was arrested months before, a road now named Sandra Bland Parkway.

The efforts to commemorate Sandra's life and legacy were actualized Aug. 26, 2015, when demonstrators joined the Prairie View City Council, Bland's mother, and Congresswoman Sheila Jackson Lee to request the change.

Bland's mother, Geneva Reed-Veal, told the council, "I want her name to always be spoken because she's still speaking, so I just ask that you all do us right today."

"I want her name to always be spoken because she's still speaking."

After the city council voted to rename the street Sandra Bland Parkway, the city hall erupted into a bittersweet celebration.

This measure to commemorate Bland doesn't just demonstrate the power of a united community coming together to preserve one woman's legacy. It will also serve as a reminder for police to treat residents with respect and dignity, Prairie View graduate Michael Moore told Houston Public Media.

“When police officers stop any of our students at Prairie View, they'll always be able to write that name, Sandra Bland, just to remind them, their consciousness, that, 'Hey, I can't treat this person bad,' or do any unlawful things to the students," Moore said.

Before her death, Bland was a Black Lives Matter activist who imagined a world without police violence and brutality.

Bland attended Prairie View A&M University, a historically black university and had returned for a job at the school when she was pulled over in July.

In one of the #SandySpeaks videos that she posted to Facebook, she told viewers, “I'm here to change history."

And change history, she did. Sandra Bland's call for change will continue to echo in Prairie View and across the country, reminding us all of the pressing need to create a more racially just America.