See what a kid with autism sees for 90 eye-opening seconds. 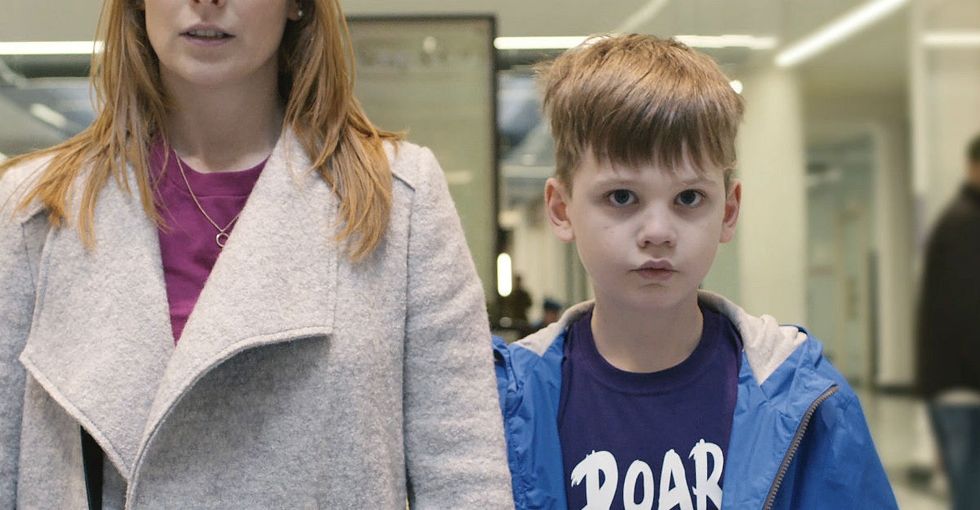 ​Imagine everything you'd experience while strolling through a mall — the smells, the sights, the things to touch...

Now imagine all of those feelings and sensations times, like, a hundred.

Too much information is right.

For many people with autism, overstimulation is their reality.

Being over- or undersensitive when processing sensory information (like sights and smells) is common for people on the autism spectrum.

So an everyday thing that many people might not even notice at the mall, like the spraying of a perfume bottle...

GIF via the National Autistic Society/YouTube.

... can be overwhelming for someone with autism.

To Jo Wincup, whose 15-year-old son, Ben, has autism, this reality hits close to home.

“Four years ago, my son had a meltdown in a shopping center after becoming overloaded by the crowds, bright lights, and smells. He started kicking me, shouting, and swearing. We tried to get him outside to help him calm down, but the people [lining up] for buses just stared, some even said really hurtful things. This upset Ben even more. He ran off into the bushes and refused to come out. I just wanted to cry, for the ground to swallow us up."

The National Autistic Society is hoping to give viewers a peek into this reality with a new and gripping PSA.

Seen through the eyes of a boy with autism, the video by the U.K.-based group takes viewers through a shopping center, allowing them to experience what living on the spectrum can feel like.

After he's overwhelmed by his surroundings and struggling with his mother (as onlookers gape at what appears to be a child acting out), the boy explains to viewers: "I’m not naughty, I’m autistic."

It's important that we all understand what autism can feel like so that we can build a more empathetic world.

Although a large majority of people have heard of autism, a very small number of people actually understand how living on the spectrum can affect behavior. Many kids aren't necessarily naughty; they're dealing with a condition most of us can't experience firsthand.

Graphic courtesy of The National Autistic Society, used with permission.

A new report from the National Autistic Society found that 87% of families say people stare at their child who has autism, and 84% of people on the spectrum say others perceive them as "strange." Unfortunately, this contributes to the reason why nearly 8 in 10 folks with autism report feeling socially isolated.

"It isn’t that the public sets out to be judgmental towards autistic people," Mark Lever, chief executive of the organization, said in a statement, noting the research provided "shocking" results.

"They tell us that they want to be understanding but often just don’t ‘see’ the autism. They see a ‘strange’ man pacing back and forth in a shopping center, or a ‘naughty’ girl having a tantrum on a bus, and don’t know how to respond."

It doesn't have to be this way, though.

The more we all understand autism, the more people on the spectrum can feel OK about being themselves.

“Autism is complex and autistic people and their families don’t expect or want people to be experts," Lever explained. But a "basic understanding could transform lives."