Remember the song 'Zip-a-Dee-Doo-Dah?' Disney is banishing the Oscar-winning film it came from. 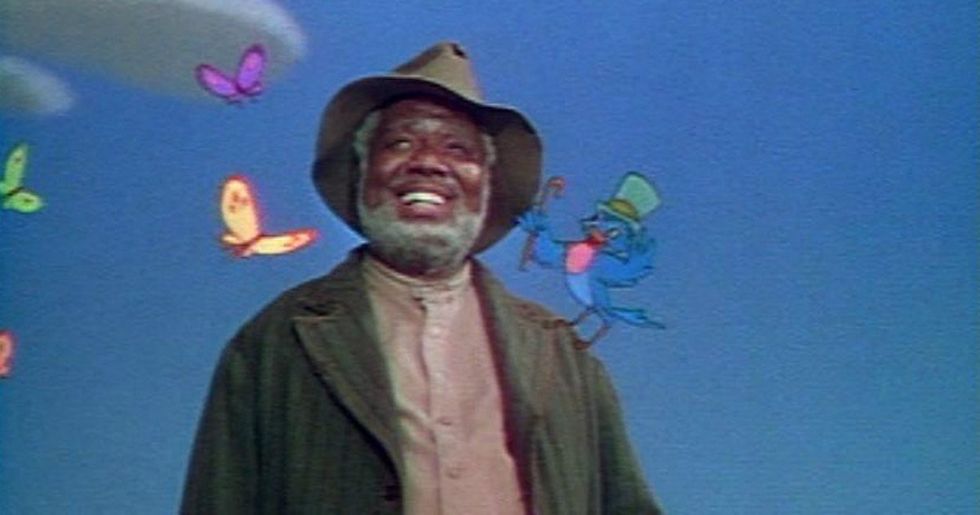 When Disney+ launches its streaming service in November, we’ll be able to watch Bambi and Snow White whenever we want. But there’s one film that will be noticeably absent.

Disney+ won’t include the 1946 film Song of theSouth because it’s crazy racist. In other words, Song of the South will stay in the way back of the Disney Vault, gathering cobwebs, where it will hopefully be forgotten.

The live action-animation film depicts African-Americans after the Civil War in a very problematic way, which is why Disney is trying to keep the film under wraps.

The film also gave us “Zip-a-Dee-Doo-Dah,” which won an Oscar for best original song, and it served as the inspiration for the Splash Mountain ride.

Song of the South has not been released on home video in the U.S. In 2011, Disney CEO Bob Iger told shareholders, “I just don’t feel that it’s right for us to use company resources to make it available.” Why? He said it "wouldn't necessarily sit right or feel right to a number of people today" and “it wouldn't be in the best interest of our shareholders to bring it back, even though there would be some financial gain."

Disney+ won’t remove Dumbo from its library, but it also won’t be releasing the full version of the film.

A scene featuring the film’s black crows (including one named Jim Crow, as in the racist Jim Crow segregation laws) singing “When I See an Elephant Fly” will be nixed because it's, you know, also racist. The scene was also removed from the live action Dumbo remake, because it’s 2019. We don’t want our movies to be racist anymore.

This decision, like pretty much every decision Disney makes, is not without controversy.

Not only has the 95-year-old company has received blowback for racist moments in some of its older films, Disney has also received flack for “censorship” when it tries to remove offending elements from circulation.

Disney+is meant to be a family friendly service. Do we want to keep our kids innocent and pretend things never happened, or do we want to use them to open up a conversation and teach our kids that racism is not okay?

With the way things are these days, if kids want to see racist content they can just read a comments section.

Keep ReadingShow less
culture
Get stories worth sharing delivered to your inbox
By signing up you agree to Upworthy's privacy policy.
popular

Keep ReadingShow less
art
Get stories worth sharing delivered to your inbox
By signing up you agree to Upworthy's privacy policy.
Trending Stories
community
Pop Culture