Of all things, the freaking postal service should not be a partisan fight 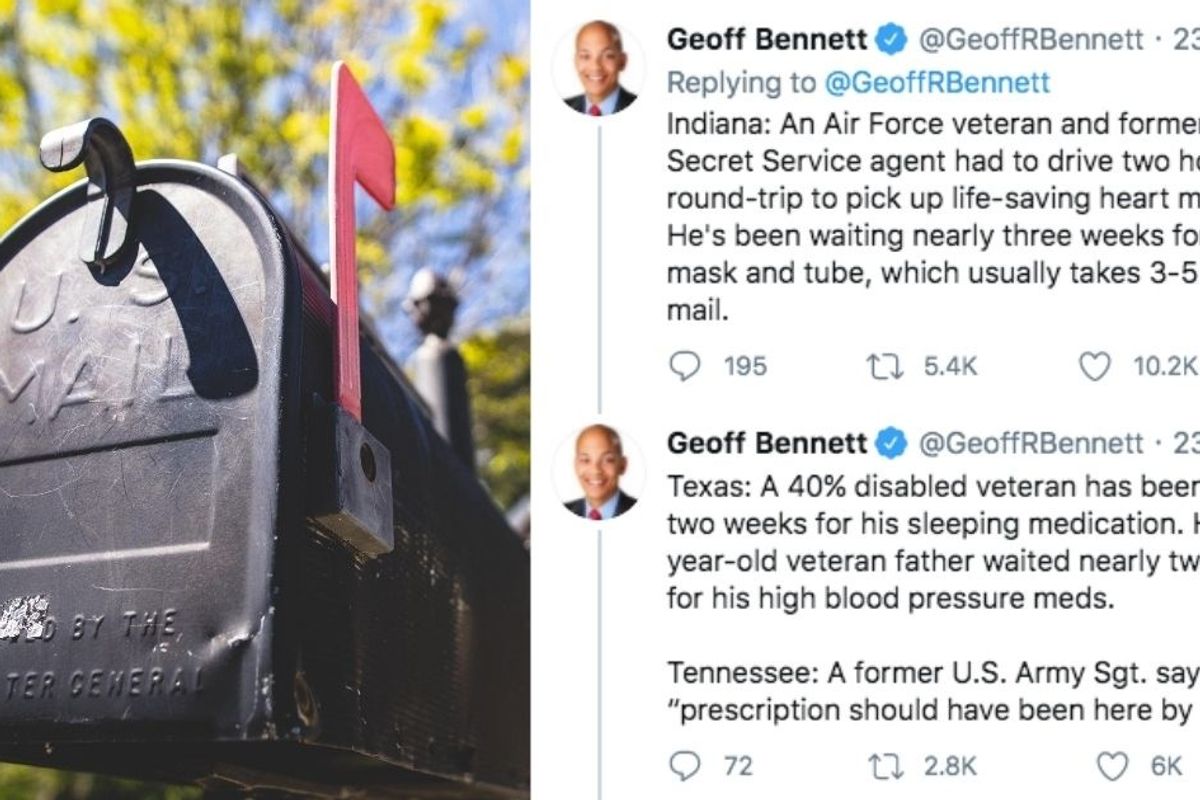 Is anyone else tired of every single issue in the United States being manipulated and molded into a partisan football?

I've long agreed with George Washington's assessment that partisan fighting was our republic's "worst enemy," but I didn't anticipate that it would ever get this ridiculous. It's virtually impossible to voice an opinion on any subject without being placed into one of two distinct categories—left/liberal/Democrat or right/conservative/Republican—by hoards of people. It happens constantly on articles I write, though I've never once declared any allegiance to (or even preference for) a political party, I have voted for candidates from different parties for different positions, and I openly reject all narratives that force people into ideological boxes.

But I guarantee, because I am speaking in defense of the USPS in this piece, people in the comments are going to accuse me of being a "shill" for the Democratic party or being paid to push a "leftist agenda." This is what we've come to. Supporting the freaking post office—a long-standing institution universally beloved and relied upon by people of all political persuasions—is now a hotly debated partisan political stance.

No. I refuse to accept it.

We all know that the USPS has struggled with budget shortfalls, in part to a pension prefunding requirement from Congress, and that there is ongoing internal debate over how it should be run. The nature of the USPS is odd in that it isn't a business in the way we think of business, but rather an independent branch of the government—but one that isn't funded by the taxpayers. It's all a bit confusing and weird in the way it functions, but the bottom line—especially at the moment—is that it's a vital service for millions of Americans. In fact, the Postal Reorganization Act passed in 1971 states it plainly: "The United States Postal Service shall be operated as a basic and fundamental service provided to the people by the Government of the United States."

The USPS was designed to be a non-partisan, non-profit public service provided by the government, though it isn't funded by the government. If it's struggling, why are we not bending over backwards to bail it out? Especially during a pandemic and an election year, when it's arguably more vital than ever?

In light of that fact, why not bail out the one service that 91% of Americans actually approve of? We live in a country where a huge portion of people hate the government in general, and yet the USPS is ranked as people's favorite government agency. And people literally rely on it for all kinds of things, not the least of which is medications.

NBC White House correspondent Geoff Bennett compiled a list of veterans he's heard from who are struggling with the massive slow down in USPS delivery.

Missouri: A Vietnam veteran, 100% oxygen dependent, had to wait a week for inhalers and oral medications. He lives… https://t.co/kqOlWmWMz7
— Geoff Bennett (@Geoff Bennett)1597629725.0

So veterans and seniors and people who are disabled are being actively hurt by the slow-but-not-really-that-slow destruction of the USPS. Sure, there are reforms that need to take place in the running of the postal service to make it financially stable. But literally everything is turned upside down right now. This is not the time to make sweeping changes or cut overtime or dismantle sorting machines or remove mailboxes. How are any people okay with this?

It's not like there's nothing to be done. Again, we've bailed out far more problematic entities than the freaking post office. And the government is supposed to do the bidding of the people—that's literally the foundation of our republic. If 9 out of 10 of us approve of a service that nearly 100% of Americans use, there should be no question or debate about doing whatever it takes to keep it up and running. People need to be able to mail in absentee ballots during the pandemic and ensure they arrive on time.

The USPS handles all manner of private, secure documents, such as our drivers licenses, passports, credit cards, checks, etc. handles. It also moves 15 billion pieces of mail from Thanksgiving to New Year's in order to get people's holiday cards and present to them in a timely manner. All of a sudden now, in an election year, in a pandemic, we're going to act like they couldn't handle the entire election safely and securely?

Congress, please just do whatever needs to be done. You have my blessing to throw as many tax dollars at the USPS as is necessary to make sure this vital service operates at full capacity through the election. Voting by mail doesn't favor either party—everyone has the same opportunity to vote—so there's no reason for this to be a partisan fight. I live in a state that's had universal mail-in voting for more than a decade. We have a Republican Secretary of State (the position that runs the elections). We are ranked #2 in the nation for electoral integrity. There's nothing partisan or fraudulent about mail-in voting.

Ensuring that voters can safely vote so that we can have a functioning republic is something every American should be fighting for—and right now, that means fighting for the postal service.