Over the weekend, an NFL star was shot. Now hear what his coach said. 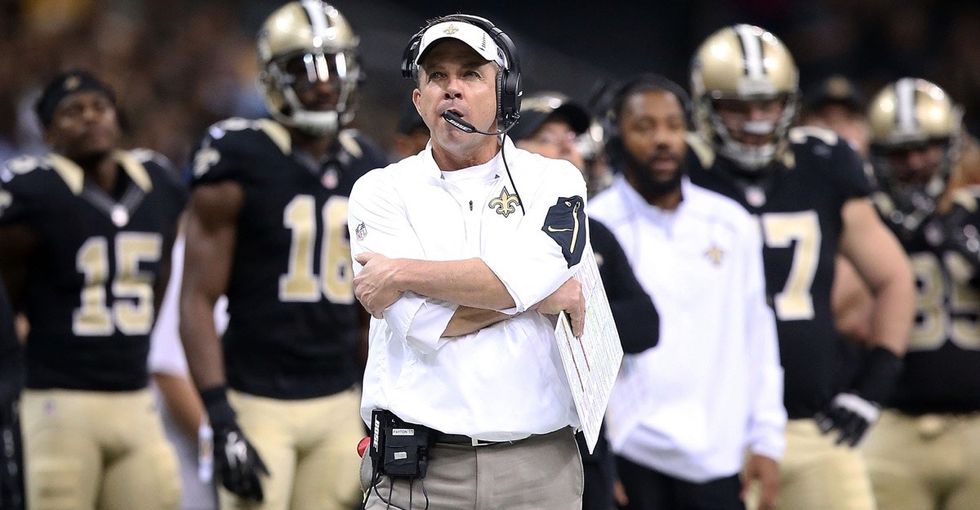 On Saturday night, former NFL Pro Bowl defensive end Will Smith was shot and killed during a traffic altercation.

Just hours earlier, the 2010 Super Bowl champion tweeted about how much fun he was having at the French Quarter Fest in New Orleans. While information is still rolling in about exactly what happened, it's a tragedy all around.

Sean Payton, Smith's coach for most of his time in New Orleans, did something rare for an NFL coach: He spoke out against lax gun laws, violence, and culture.

In a 33-minute phone interview with USA Today, Payton sounded off about everything from what it was like driving to the scene of the shooting to Smith's potential for becoming an NFL coach someday. The night of the shooting, Payton spent time at the hospital with Smith's wife, Racquel, who was also shot.

After a bit of research on the gun that was used to kill his former player, Payton felt that he needed to say something — and say something he did.

1. On arguments that more guns make us safer:

2. On the Second Amendment:

4. On Smith's potential to be an NFL coach:

6. On America's legacy of gun culture:

7. On anyone who might criticize him for speaking out:

It shouldn't take a tragedy like this for us to care, but news of a high-profile person falling victim to gun violence can be a wake-up call.

Maybe Payton's words will resonate with a fan. Maybe he'll change a few minds. Maybe we can put pressure on government to actually do something about gun violence. Whether it's Will Smith or John Doe, a life lost to gun violence is a life cut unnecessarily short.