Oprah said she wouldn't speak to Trump. Her answer nails a bigger truth about him. 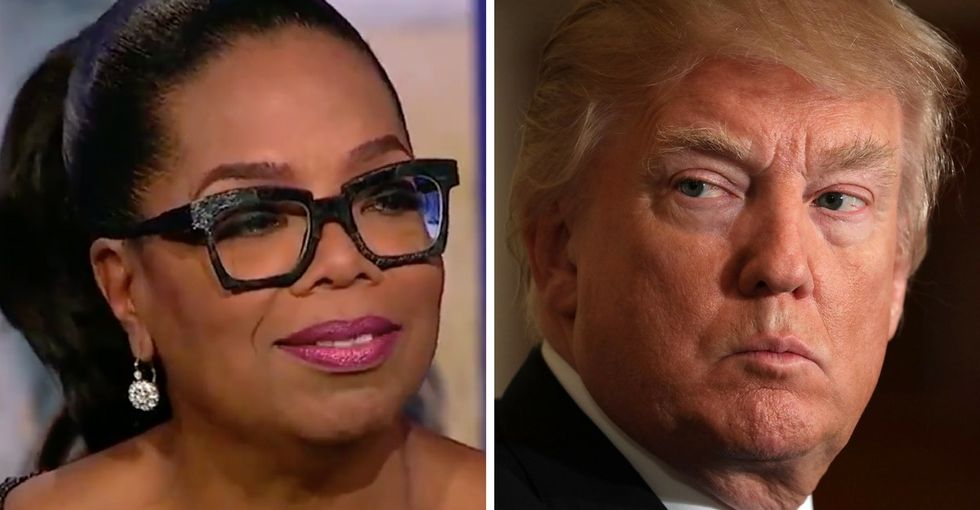 If you had President Donald Trump's ear, what would you say? Love him or hate him, it's likely a question some Americans have pondered. For Oprah Winfrey, however, the answer's a simple one: She wouldn't say a thing.

On CNN's "The Van Jones Show," Jones asked Winfrey what she'd say to Trump — "billionaire to billionaire, megastar to megastar, human being to human being" — if she had 10 minutes with him.

"I wouldn't," she answered quickly and calmly. "I would only speak if I felt that I could be heard."

Her interview with Jones came amid yet another attack from Trump. At a rally in Pennsylvania on Saturday, March 10, Trump said he'd "love to beat Oprah" in a hypothetical 2020 presidential match-up, claiming he knows how to capitalize on her political "weakness."

She's not taking the bait though.

Winfrey is sticking to an admirable strategy: Trump attacks her, and she brushes him off, unfazed.

In February — after Winfrey gave a rousing speech about the #MeToo movement at the 2018 Golden Globes, raising speculation she may be eyeing a 2020 presidential run — Trump went on the offensive using his favorite social media platform. He slammed a "60 Minutes" panel she oversaw with voters in Michigan on Twitter, calling Winfrey "very insecure."

When Winfrey went on "The Ellen DeGeneres Show" a few days later, she shrugged off the divisive tweet. "I don’t like giving negativity power," she noted to DeGeneres. "So I just thought ... what?"

Winfrey's latest comment to Jones, however, points to a larger criticism of Trump: He doesn't seem to listen.

Whether it be out of apathy or inability, Trump has lacked the eagerness to listen to (and learn from) others in helping his administration run smoothly and successfully.

"My primary consultant is myself and I have a good instinct for this stuff," Trump said in 2016 when asked who he turns to for foreign policy advice, raising eyebrows.

Trump's jarringly short attention span means officials need to shrink the amount of reading he sifts through and keep his meetings — even the most critical — as brief as possible. And daily intelligence briefings? He doesn't need them, he once claimed.

Winfrey's comments, however, hint at a more alarming truth: Trump's dated attitudes — steeped in white resentment and old-school bigotry — appear to be stuck in the Dark Ages, where he's unwilling to budge. And no one, especially a woman of color, should feel obligated to spend the time or energy hopelessly trying to show him the light.