On April Fool's Day, think before you joke about pregnancy. 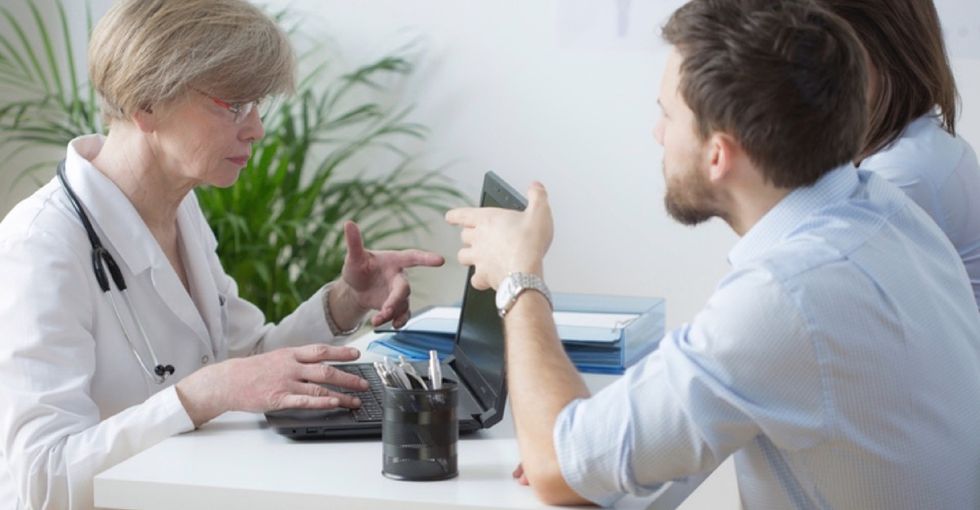 Gwen Stefani announced on her Instagram this morning that she is expecting a baby.

“It’s a girl” the pop star said, including a few heart emojis for good measure.

But as you probably already guessed, Stefani is not pregnant and this is an April Fools' joke.

On April Fools' Day, Stefani — and countless others — sometimes take to the social media account of their choice and attempt to convince their unsuspecting friends and relatives that they're pregnant.

It might seem like harmless fun, but these kinds of jokes can really sting for more people than you'd think.

According to the American College of Obstetrics and Gynecologists, an estimated 10% to 25% of of pregnancies end in miscarriage. And women who've had a previous miscarriage have a slightly elevated risk of having another.

So whether you're aware or not, there is a strong likelihood that someone you know has or will suffer from pregnancy loss.

And that's not even accounting for the 10% of women (that's more than 6 million) between the ages of 15 and 44 who have had difficulty getting pregnant or carrying their baby to term. Or the men, whose own health issues make up about 33% of infertility struggles.

For couples with fertility issues, trying to conceive can be expensive, painful, and physically and emotionally exhausting.

And all of this is compounded by the fact that we don't often talk about infertility or pregnancy loss.

Despite the fact that so many pregnancies end in miscarriage, the topic is still taboo, often discussed in hushed tones.

When writing about her own experience, actress Laura Benanti wrote in The Huffington Post:

If this is so common, why does it feel like the Voldemort of women’s issues?

Many families never discuss their loss or struggles with friends or families; instead they press on in private. Some individuals develop depression, anxiety, or even post-traumatic stress disorder from the experience.

April Fools' Day is a fun day for silly pranks and goofy jokes, but think twice about who or what you're making light of.

People who take offense to these "jokes" aren't trying to be killjoys or wet blankets. They're handling a complicated, painful experience that's still cloaked in shame and silence for far too many families.

Celebrate. Have fun and enjoy yourself. But if you're thinking about making a fake pregnancy post, think again.

It's just not funny.

How do I tell my wonderful 11 year old son, (in a way that won’t tear him down), that the way he has started talking to me (disrespectfully) makes me not want to be around him (I’ve already told him the bad attitude is unacceptable)?