Obama quietly signed a bill for new parents everywhere when we weren't looking.

This bill is helping to change antiquated gender norms within families. 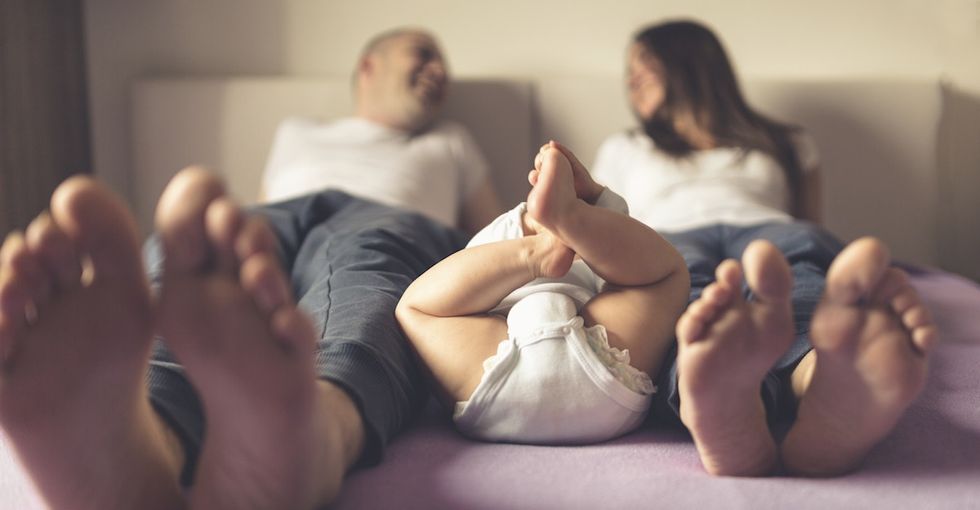 If you’ve ever had to change a child’s diaper in a public bathroom, you know it can be a nightmare if the right equipment isn’t there.

But the Bathrooms Accessible in Every Situation (BABIES) Act is a step toward changing that.

The BABIES Act, quietly signed by President Barack Obama in October 2016, will expand the number of baby changing stations in all publicly accessible federal buildings. This means that buildings like post offices, Social Security offices, and courthouses will have at least one baby changing station on each floor, and they will be in both men and women’s bathrooms.

The bill received mostly bipartisan support, too, a welcome form of relief during such a partisan time.

The act is "important to ensure that [bathrooms] are as open, as accessible, and as family-friendly as possible," David N. Cicilline, the Democratic congressman who sponsored the bill wrote in his press release.

Aside from added convenience, this new bill is also a step toward breaking down a notorious form of sexism.

Historically speaking, changing tables have more commonly been in women’s bathrooms, further perpetuating the stereotype that women should be responsible for child care outside of the household.

But by putting changing tables in men's bathrooms, too, we can break down the idea that women should always be the primary caretakers for children.

In 2015, actor Ashton Kutcher launched this discussion publicly by asking stores to make changing stations available for men and women.

His Change.org petition called out the lack of changing tables in mens bathrooms as "gender stereotyping."

"This assumption" he said, "is gender stereotyping and companies should be supporting all parents that shop at their stores equally — no matter their gender."

Kutcher's simple act led Democratic Sen. Brad Hoylman to launch a bill in 2015 that would make changing tables required in all public restrooms in New York — such as restaurants and theaters — regardless of gender.

While the particular bill is still in committee for the city of New York, Obama's BABIES Act will help change bathrooms in federal buildings all over the U.S. This is good news because it's clear that politicians are realizing that not making family needs accessible to all is a form of gender discrimination.

The act is also a way of breaking down hypermasculinity, too.

Hypermasculinty, a term that expresses the exaggeration of stereotypical male behavior such as physical strength, stoicism, and aggression, is often used to put men in a box, ultimately negatively affecting them and those around them.

When we push the antiquated ideas that women work with the children and men serve as babysitters, we add unnecessary pressure to moms, but we also further perpetuate the idea that being a caring and attentive father somehow makes someone less of a man — an idea that couldn't be further from the truth.

And this isn't just important for heterosexual couples, either.

Gender norms also plague same-sex relationships. Male same-sex couples, often under pressure to follow archaic masculine or feminine roles, will now have safer and more accessible options for taking care of their little ones in public.

The bill, which was originally introduced in April, is also a pleasant reminder that our government can in fact work for us when we put partisanship aside and work to improve the lives of citizens around us.

"This is how government should work to make commonsense reforms that make life easier for the people we serve," Cicilline said.