No, everyone isn't 'a little bisexual.' Here's why we need to stop saying that. 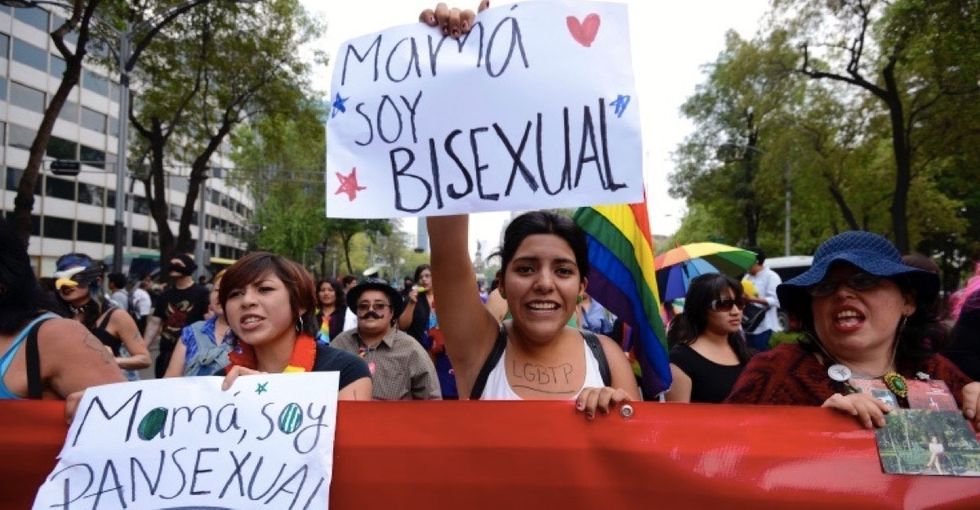 In 1948, famed American sexologist Alfred Kinsey and his colleagues published "Sexual Behavior in the Human Male." The book included the Heterosexual-Homosexual Rating Scale, more commonly known as the "Kinsey Scale." Based on their subjects' sexual histories, Kinsey's team made a scale from 0 to 6, with 0 being exclusively heterosexual, 6 exclusively homosexual, and 3 being equal parts of the two.

People have learned a lot about sexuality since then, and we've had a sexual revolution for good measure. There are plenty of identities, orientations, and lived experiences other than homosexuality and heterosexuality. All are unique and valid. But the Kinsey reports forever changed the way we look at sexuality, so the idea that it's is a straight line or continuum persists. This explains why it's relatively common to hear people, on the topic of sexuality, say, "Everyone is a little bisexual."

Usually, the speaker's intentions aren't malicious, but that doesn't mean their words are harmless.

Perpetuating this myth erases the countless people who identify as bisexual or pansexual, orientations in their own right. Bisexuality is not simply the midway point between homosexual and heterosexual. Bisexual people have unique experiences, concerns, and issues that deserve to be talked about, addressed, and researched. If "everyone is a little bisexual," those issues are easy to overlook and erase, and that's not the only reason it's problematic.

The M. Slade comic below was originally published on Everyday Feminism. It perfectly explains why, "Everyone is a little bit bisexual," often does more harm than good.

This doesn't mean you can't be supportive. Here's what you can do instead.

Like Slade said in the comic, "It's not your place to find a label for your friend." If your friend, colleague, or family member comes to you with complicated feelings, your first responsibility is to be a compassionate listener. Just be a good friend. Close your mouth and open your heart. If you insist on speaking, "I'm here for you, whatever you need," is a good place to start.

Seek out LGBTQ writers, authors, and podcasters for first person essays, novels, articles, and interviews. These are simple but effective ways to learn more about someone else's lived experience and provide some insight into communities that aren't always represented on TV, in film, or even on the news.

Be an active ally.

Being an ally is good, but being an active one is better. It's not enough to fave a tweet or change your profile picture on Facebook. Do your part to signal boost voices that often get ignored, like trans women of color and LGBT people with disabilities. March, write your legislators, and volunteer or support organizations already doing the work. Don't just tell your friends and family how much you care, show them.

Demonstrators pushed for President Obama to stand up for LGBT rights at a 2009 protest. Photo by Brendan Smialowski/Getty Images.

Yes, sexuality is complicated. Being a decent person is easy.