'I feel kind of like the television Meryl Streep. She’s got like 20 nominations, but hers are all Oscars.' 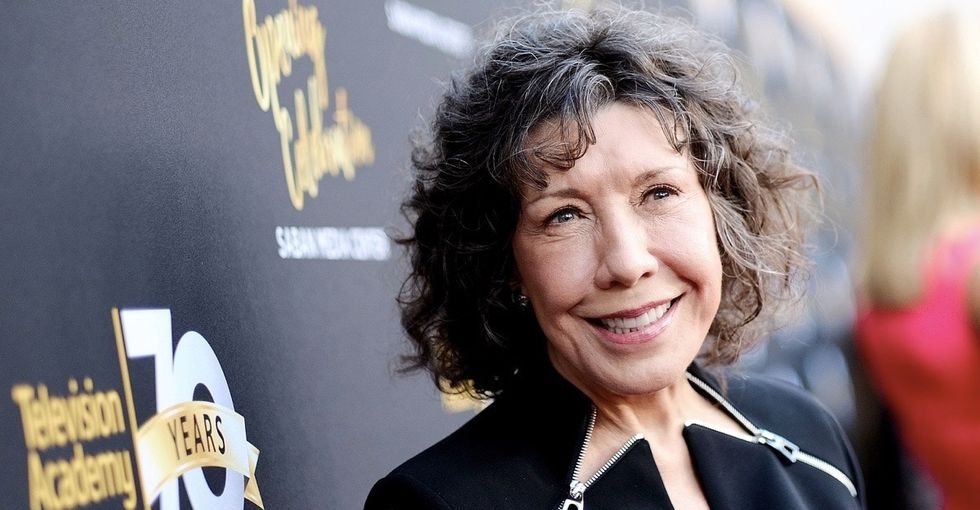 This year, Lily Tomlin was nominated for an Emmy for her role as Frankie in "Grace and Frankie."

Tomlin was nominated for Outstanding Lead Actress in a Comedy Series, continuing to prove she's the real deal. How many memorable roles can you think of when you see that face? A lot, right?

The comedian has been up for an Emmy a whopping 23 times throughout her 40-year career, and this is Tomlin's second Emmy nomination for Outstanding Lead Actress.

"I feel kind of like the television Meryl Streep," Tomlin told The Daily Beast. "She’s got like 20 nominations, but hers are all Oscars."

This year, Tomlin is nominated for her perfectly eccentric character on the hilarious Netflix series where she stars opposite her longtime friend (and "Nine to Five" costar) Jane Fonda. The fact that they're both on-screen together again is enough reason to tune in.

With this nomination, Tomlin proves there is definitely a place for woman of a certain age on television.

In "Grace and Frankie," she plays an older divorceé who's forced to rethink her life after discovering her longtime husband is gay.

Ageism is live and well in Hollywood. When actors are cast, they're usually asked to play stereotypically slow and non-tech savvy characters. Ageist comments are also incredibly common. And a study recently found that only 11% of roles in films go to actors who are 60 years old and up.

Tomlin's nomination is much-needed proof that age is just a number, especially for Hollywood's leading women.

"There was a time, when I first started cresting over 50 or something, when I would get offers for a supporting kind of role," Tomlin told the Daily Beast. "And she was always just dotty, that’s all. Her age and everything was always what she was defined by and how funny she was in her dottiness. Needless to say, I didn’t take those parts."

Fingers crossed that Tomlin will take home the award and show everyone once and for all that age is nothing but a number. But even if she doesn't, we hope that her accolades will prove to casting agents that the tides are turning. Diversity on screen is definitely the new trend.