LGBTQ visibility on TV scored a win on 'Dancing with the Stars' this week.

It's about time, 'Dancing With the Stars.' 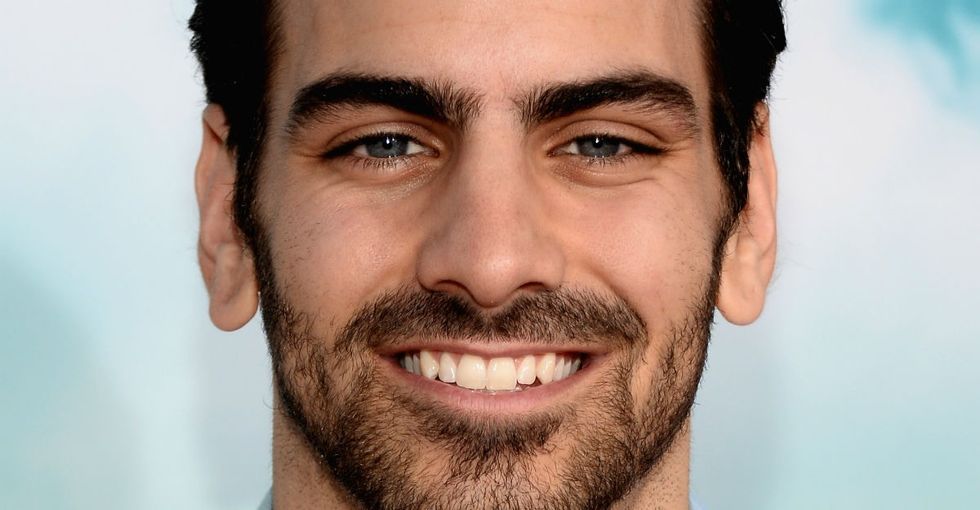 Meet Nyle DiMarco. He likes being first at things.

He was the first deaf contestant on "America's Next Top Model." And (spoiler alert) he ended up winning the 22nd and final season of the show.

Can you spot him? He's there, on the far left, alongside several other not-so-unattractive guys. Photo by Chelsea Lauren/Getty Images for NYLON.

Then DiMarco joined the cast of "Dancing With the Stars," where he became the first male contestant who is deaf.

So far, DiMarco's been killing it. With just five dance couples left as of mid-May, he remains in the running to snag "DWTS" gold. (Basically, if you need someone to win a reality show competition, bet on DiMarco.)

GIF via "Dancing With the Stars."

For the show's Team-Up Challenge week, DiMarco — who identifies as part of the LGBTQ community — swapped dance partners with Sweetin (who ended up being eliminated, to the dismay of "Fuller House" fans everywhere). DiMarco danced with Keo Motsepe and Sweetin snagged Peta Murgatroyd for part of the routine.

First of all, the crowd loved it.

GIF via "Dancing With the Stars."

"This is a 'Dancing With the Stars' first," DiMarco told cameras after the performance, Pink News reported.

"It’s a different experience," he noted about being lifted by a male partner. "Usually I’m lifting Peta but … should it only be for a woman? Maybe Peta can lift me at some stage?"

Second of all, it's especially cool to see "DWTS" embrace a same-sex routine considering the network hasn't always been so open to it.

Would a guy-guy or girl-girl primetime routine have flown on a major network five years ago? Probably not.

Even just last year, reports surfaced that ABC had put the kibosh on the prospects of a gay artist dancing hip to hip with another man on the show.

DiMarco and Sweetin's same-sex routines put yet another dagger in the heart of mainstream TV homophobia, especially seeing as — knock on wood — there's been little to no backlash over the inclusive dance on the highly-rated, family-friendly show so far.

Real talk, though: While this is a big win for diversity and representation, there's still so much more work to get done when it comes to fair and accurate depictions of LGBTQ characters and storylines on TV. So this was one victorious battle in a very long war, you could say.

Hopefully the same-sex routines by DiMarco and Sweetin will be the first of many on "DWTS."

There's been one "DWTS" same-sex routine in the show's past 22 seasons. I say the producers start making up for lost time.

Watch DiMarco and Sweetin's routines below: