It's not easy when you're a kid with diabetes or food allergies. Here's something that helps — a lot. 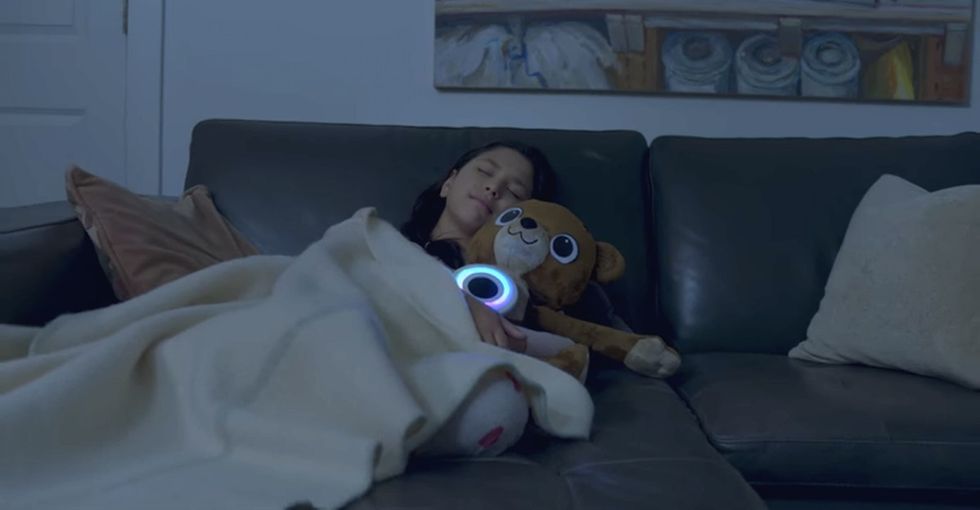 Children with special needs such as diabetes and food allergies can often feel left out or isolated.

There's a really ingenious idea that can help with that called "Jerry the Bear."

This bear is different from most teddy bears because a child can interact with him in ways that make it seem like they're not alone.

First developed at Northwestern University in 2013, Jerry the Bear has three versions — one for diabetic kids, one for those with food allergies, and one for helping kids understand the value of hygiene, nutrition, and exercise.

The first iteration, for kids with Type 1 diabetes, was a hit; kids all over the world have been able to use it to help control their blood sugars, deal with low blood sugars, and count carbs ... but most importantly, it helps them explain their condition to others. Here's what some parents have had to say:

"I think it's helped … conceptualize what is a carb."

"I don't want her to feel different. You know?"

"When people come over, and ... ask Conner questions, he goes to get Jerry."


Here's one little girl's version of what Jerry is to her:

Hugs! Image via "Our Families" from Jerry the Bear/YouTube.

Kids with special needs can use this little extra boost of confidence — of feeling like they're not alone and having a "friend" who gets it.

Image via "It Takes Two" from Jerry the Bear/YouTube.

But even more important, it's a really effective tool to get them to learn how to take care of themselves properly.

The Type 1 diabetic Jerry, for example, can help kids count carbohydrates, monitor glucose levels, and learn how to talk about their symptoms when they don't feel right. It stimulates kids to talk more about what they're dealing with and what they're feeling about their health issues.

GIF via Jerry The Bear/YouTube.

The food allergy Jerry comes complete with an Epipen, which many kids with severe allergies need to learn how to use. And, at times, they're embarrassed to keep one with them or let anybody see it. Normalizing that experience can help them to not forget the pen somewhere (which could mean disastrous consequences).

What's next for the Jerry the Bear line of empathy bears? Who knows, but they're probably going to be fantastic!

Listen to these families talk about how this invention made a big impact in the lives of their kids: