It broke my heart to listen to this speech. But I stand by everything he said.

"We have actually damaged our reputation as a force for good in the world." That quote just made my heart break. This speech says everytihng I want to say, though. 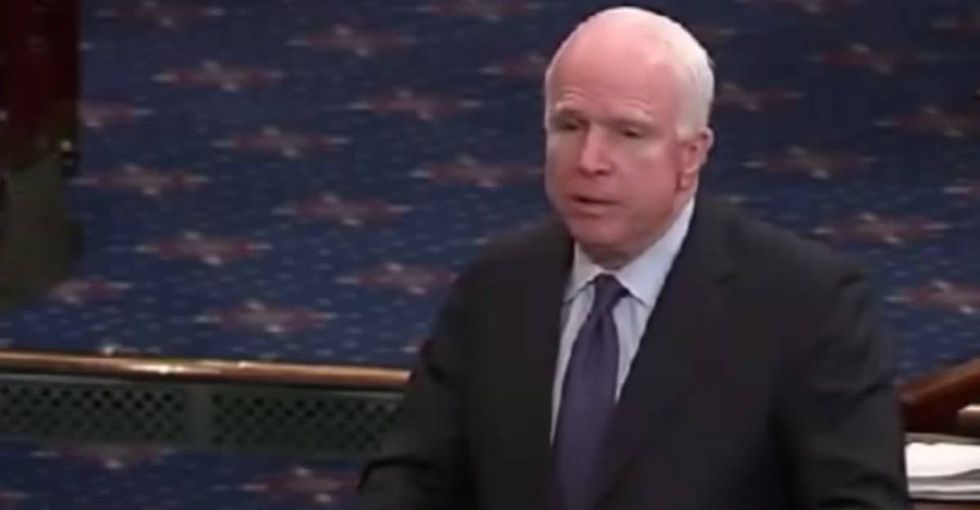 1. On knowing the truth:

2. On the VALUE of knowing the truth for America, and for the world:

3. On how awkward it is that America basically WROTE the human rights protections against torture ... and then violated them:

4. On the prevalence of misinformation:

If SENATORS, powerful humans who have access to a lot of info and advice, are affected by misinformation, think about the average American!

5. On what wasn't worth giving up:

6. Our most important intelligence in the post-9/11 years (what led us to Bin Laden) came from conventional interrogation.

7. Torture isn't even about our enemies. It's about us as America and what we want that to mean.

I loved this quote.

8. What *is* America anyway? What are we fighting for?

An idea that all men are endowed by their Creator with inalienable rights.

9. On what *should be* the difference between us and the bad guys:

10. Lately, I've been really hesitant to believe that America is the exception, especially hearing all the bad things we've done. But McCain still believes. And I know it's not cool, but I kind of agree with him!

When given the opportunity to be different, stronger, and better ... America should've TAKEN IT.

Wait. I liked that first part, too. I wanna make it bigger.

Watch the rest of the speech above! And if you want to read it, check out the transcript below!